Summer Season Filled With All Genres Of Telugu Cinema 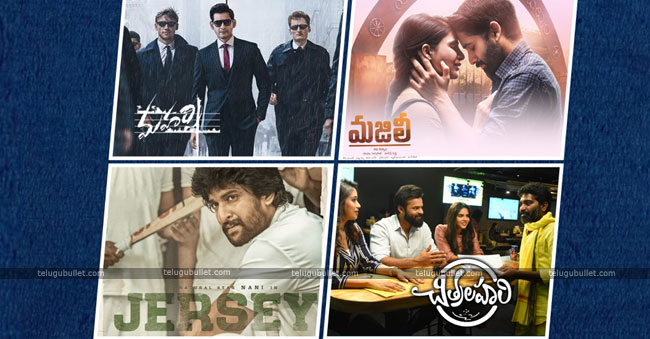 The movie lovers of the two Telugu States are waiting for the upcoming Summer season to enjoy the holidays with movies at the theatres. A look at the line up of Telugu flicks is quite interesting.

The festival starts with Nandamuri Kalyan Ram’s crime thriller 118. The trailer which released recently intrigued the cine lovers and they are counting down the date of March 1st for its official release. On the same day, Allu Sirish’s ABCD is hitting the screens. This is touted to be comedy entertainer where an NRI faces troubles to live in a desi weather. Then on March 5th, Mega daughter Niharika Konidela’s Suryakantham will be out and she is again set to test her luck this time with a youthful comedy-drama. Then for the month of April, Natural Star Nani’s Jersey is going to get a wide release on 5th of this mid Summer. Last but not least, the Superstar Mahesh Babu’s Maharshi would end the season by 25th April with a worldwide release. If we observe carefully, this festival is covering thriller, entertainer, commercial and family drama genres for all section of the audiences.

Hope this Summer brings joy to the theatre lovers who missed Sankranthi hungama. Producers are also hoping to repeat the success of last year’s Summer which gave three blockbusters and save distributors who rely on the Telugu Film Industry.