Both CBN And Jagan Showcasing Their Stamina Prior To The Elections 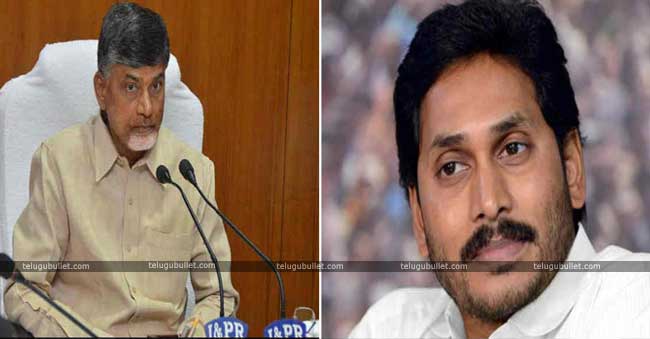 The two big leaders AP CM Chandrababu Naidu and YSRCP Head YS Jagan are not leaving anything to boost themselves to woo as many voters as they can keeping elections in less than two months.The ruling party President CBN has not only made stunning announcements from farmers to the unemployed section in the AP State, he also started implementing those schemes in order to lessen the anti-incumbency votes. Taking a queue from his rival KCR, CBN is regularizing these offers to the farmers, women, senior citizens and unemployed youth just before the commencement of election code.

Money has been deposited directly into the accounts of old people and Dwarka women to ensure their vote bank stick to the ruling party.On the flip side, YS Jagan is campaigning the hatred on the current government of TDP by showing the defected MLAs and leaders from TDP to his party. With the help of his media and team, Jagan is also making these jumped leaders to talk negative about their former party TDP such that the voters should be thinking twice to vote for the Cycle. Meanwhile, the third and new option Janasenani is busy selecting candidates for contesting as MPs, MLAs and MLCs from his party with a clean and transparent yet tough selection process.