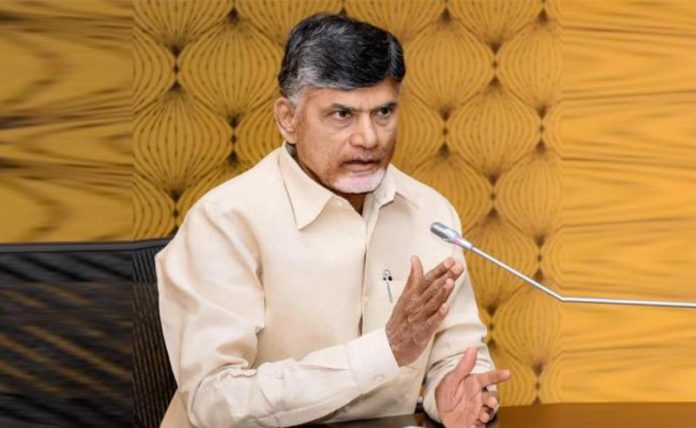 TDP chief Chandrababu Naidu has been accused of violating the coronavirus lockdown by Andhra Pradesh Chief Minister Jaganmohan Reddy’s YSR Congress Party after he returned to the state from Telangana on Monday by road even as domestic flights were resumed across India. As he reached Amaravati from Hyderabad after two months, the former Andhra Pradesh chief minister was welcomed by a huge crowd of supporters, triggering concerns about social distancing.

Slamming the 70-year-old TDP chief, YSRCP leader Gadikota Srikanth Reddy told news agency ANI: “The whole country is following lockdown till May 31 and everybody is maintaining social distancing and following other guidelines linked to COVID-19. However, Chandrababu Naidu took out a rally from Hyderabad where hundreds gathered, garlanded him without using masks. Being a senior politician how could he do so? He should apologise.”

“Coming from a red zone, he should go into quarantine. Chandrababu Naidu, however, is trying to politicise the situation. He was playing politics through the Zoom app while he was in Hyderabad and suddenly he came in a big convoy. He should be quarantined as he has crossed a state border,” Mr Reddy added.

The TDP chief had gone to Hyderabad on March 22. A nationwide lockdown to tackle the pandemic was announced by Prime Minister Narendra Modi on March 24.

Security experts have also expressed concern about Mr Naidu violating security protocols. The TPD chief traveled in his black Toyota Fortuner and other vehicles in his convoy were silver grey Tata Safari SUVs. “The target then is easily identifiable (in such a case) and that is not to be done at all,” a former CMO security officer said.

The former Andhra Pradesh Chief Minister was given Z-Plus security after he was targeted in an attack at Alipiri in 2003 by People’s War Group, a Maoist outfit.

Mr Naidu is expected to attend his party’s annual conclave- TDP Mahanadu – virtually tomorrow and the day after. He is also expected to travel to Vizag after that to meet those affected by the LG Polymers gas leak incident.