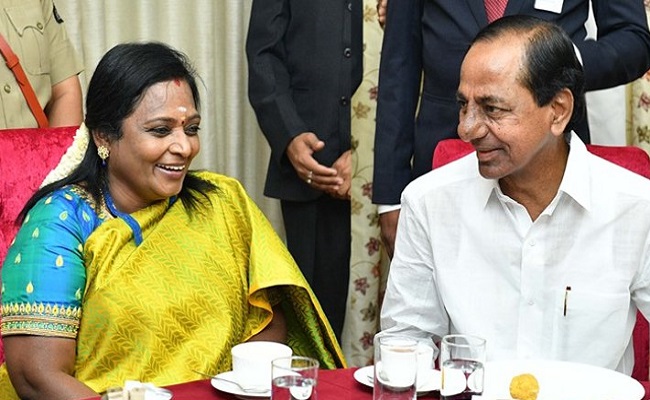 Chief Minister K Chandrasekhar Rao will be meeting governor Tamilisai Sounderarajan today at Raj Bhavan. He will be holding talks on the ongoing TSRTC strike and privatization of 5100 bus routes. The Chief Minister is likely to take a decision on the strike, sustainability of RTC and privatizing 50 percent of the organization. The meeting comes after the High Court backed the government’s decision of privatizing RTC.

The court said that there is nothing wrong with the government’s decision and gave a green signal. However, the RTC employees vented out anger with the court’s verdict and the chief minister’s stubborn attitude towards RTC workers. It may be recalled that the RTC JAC asked the chief minister to allow the workers to rejoin duties and decided to call off the strike. With no response from KCR, the unions resumed the strike.