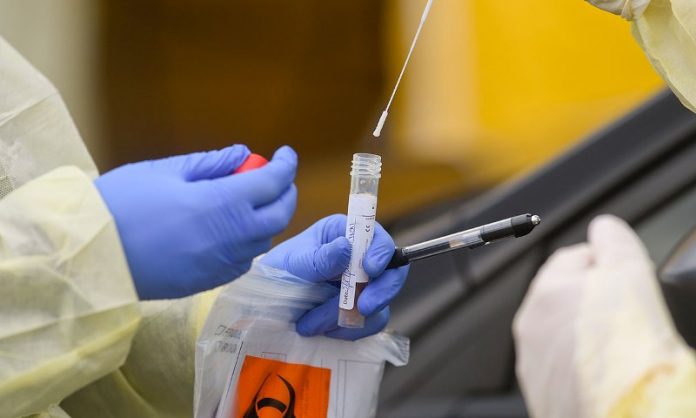 In the tested samples today, GHMC had 1658 positive cases, followed by Ranga Reddy with 56 cases, Medchal with 44 cases, and Sangareddy with 20 cases. Telangana so far tested 1, 04, 118 cases in total and there are 9984 active cases now. A total of 10,195 were discharged and 283 people died due to the virus spread. The total number of confirmed cases in Telangana so far is 20,462.

In a special note, the media bulletin mentioned a possible discrepancy in a report of tests and confirmed cases from a private lab, due to its high positivity rate. The said private laboratory tested 3726 total samples and 2672 came out positive among them, showing a 71.7 percent which is a gross variation in the notified positivity rate of COVID-19 to date.As the issue needs to be evaluated by an expert committee, the data of the said lab has been kept under hold.

The tourism industry in Agra has given up all hopes of an early revival of the hospitality sector, as the district administration has shown...
Read more
Health

The Indian Council of Medical Research (ICMR) plans to launch an indigenous vaccine for COVID-19 by August 15 after the completion of the clinical...
Read more
latest