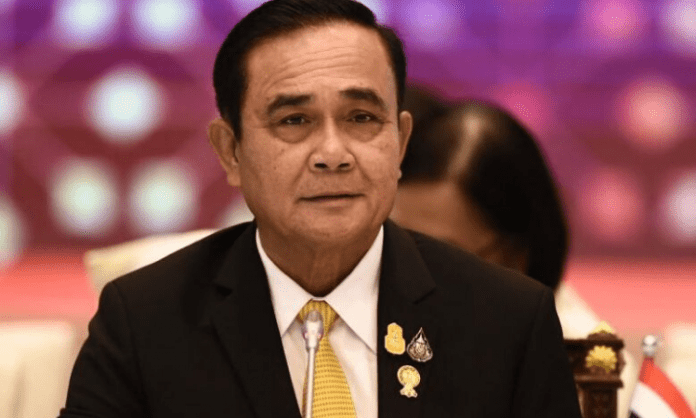 Thai Prime Minister Prayut Chan-o-cha said that he plans to reshuffle his Cabinet team after the annual budget debate concludes in September.

Prayut on Monday told the media that some ministerial posts wouldn’t take too long to pick, quoting “there are many skilled economists outside the coalition parties but many have already turned down the suggestion as they are reluctant to enter politics”, Xinhua news agency reported.

The Thai prime minister also flatly denied any unrest within the ruling Palang Pracharath Party after four of its key members resigned from the party last week, and with the Finance and Energy ministries in the spotlight.

“The key qualification I am looking for in the Cabinet post is someone who can help reboot the Thai economy during and post COVID-19 pandemic,” said Prayut. “The focus here is to rehabilitate and help the Thais who had been hit hard by the pandemic to stand up again.”

Prayut suggests that since inbound travel is still banned to stem the outbreak, one way to boost the domestic economy and tourism is to “encourage Thais to spend and travel within Thailand. There are lots of new destinations in the country which many Thais have not explored.”

Thailand recorded no foreign tourist arrivals or receipts for a second straight month in May as the pandemic forced border closing.

The Bank of Thailand (BoT) forecasted Thailand’s GDP to contract a further 8.1 percent this year, exacerbated by the fallout of COVID-19.

WhatsApp
Facebook
Twitter
Previous articleNithya Menen: Important for me to do films that stand the test of time
Next article‘Most UK businesses unprepared for end of Brexit transition period’

Bangladesh Chief Justice Syed Mahmud Hossain has ordered the resumption of in-person hearings at the High Court from Wednesday after case proceedings in the...
Read more
International

Mekkhala, the sixth typhoon of this year, made landfall in China's Fujian province on Tuesday, bringing with it strong winds and torrential rain. The typhoon...
Read more
International