the Secret Project of Akkineni Akhil 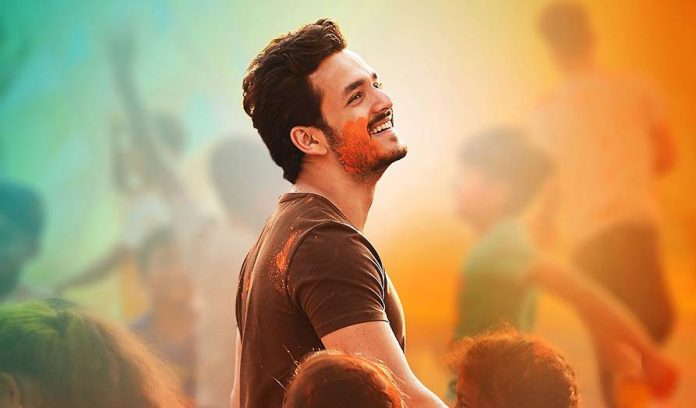 Akkineni’s hero Akhil is taking rapid strides in terms of his next project. It is heard that Akhil Akkineni, is currently working with Tamil filmmaker Mithran for a secret project.Post the successive debacles of ‘Akhil’ and ‘Hello’, Akkineni Akhil, the younger son of King Nagarjuna, has left no stone unturned to make sure that his next film hits the bull’s eye. It is known the news that the young actor is currently working with Bommarillu Bhaskar for an upcoming untitled project, which is progressing at the brisk pace and the film has Pooja Hegde in the female lead. It seems,

Akhil has been roped in a breezy entertainer which will be helmed by Tamil filmmaker Mithran and will go on the floors in the summer of 2020.

In the month of October, Akhil shared a pic of him with Tamil star Sivakarthikeyan, film director PS Mithran and cinematographer George C Williams on Twitter. Their sudden also raised a lot of eyebrows in Kollywood and Tollywood. it was said that Akhil Akkineni, hosted a dinner for the crew of the film Hero starring Sivakarthikeyan and director PS Mithram, who were in Hyderabad recently. Now the secret of this meeting has been out. Akhil and PS Mithran had met for the discussion of their project.

The sources say that both the actor and director- Akhil and MA Mithran met several times over the last few months. They were keen to collaborate on an interesting project, and things eventually materialized. Very soon the official announcement will be made regarding the project of Akhil and PS Mithran.

Apparently, Akhil Akkineni wanted to do a completely out-of-the-box plot and believe that PS Mithran’s idea has the potential to be a box-office winner.

on the other side, Akhil Akkineni and Pooja Hegde starrer is being bankrolled by Mega Producer Allu Arvind and Bunny Vasu under the banner of Geetha Arts.

Actress Rhea Chakraborty has shared that she will never come to terms with actor Sushant Singh Rajput not being around anymore and said she...
Read more
Cinema Latest

The Kashmiri singer-songwriter Rahi Sayed is quite overwhelmed by the response to his new single "Sarmast". He says, coming from a place like Kashmir,...
Read more

Actor Karan Tacker has temporarily shifted to Lonavala to stay with his parents, owing to the continuing rise in Covid-19 cases in the city. "We...
Read more

Another 138 COVID-19 patients have died in Britain as of Monday afternoon, bringing the total coronavirus-related death toll in the country to 44,968, the...
Read more