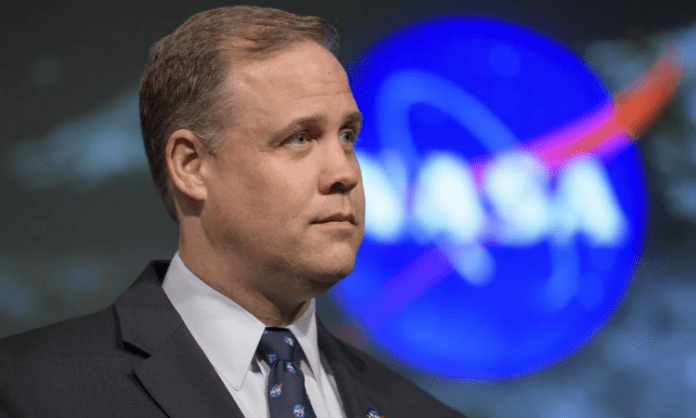 NASA Administrator Jim Bridenstine has called for prioritizing Venus after astronomers detected signs of alien life in the atmosphere of the planet.

Venus has so far not been a significant part of the search for life because of its extreme temperatures, atmospheric composition, and other factors.

In a study published in the journal Nature Astronomy on Monday, scientists said they detected a gas called “phosphine” in the atmosphere of Venus which could indicate the presence of life in the clouds of the planet.

“Life on Venus? The discovery of phosphine, a by-product of anaerobic biology, is the most significant development yet in building the case for life off Earth,” Bridenstine said in a tweet on Monday.

“About 10 years ago NASA discovered microbial life at 120,000 ft in Earth’s upper atmosphere. It’s time to prioritize Venus,” he added.

Although the high clouds of Venus have temperatures up to a pleasant 30 degrees Celsius, they are incredibly acidic — around 90 percent sulphuric acid — posing major issues for any microbes trying to survive there.

But doing an analysis of the source of “phosphine” detected in the atmosphere of Venus, the scientists ruled out non-biological sources, meaning that something alive could be the source.

The team, which included researchers from the UK, US, and Japan, believes their discovery is significant because they can rule out many alternative ways to make phosphine, but they acknowledged that confirming the presence of “life” needs a lot more work.

NASA, which was not involved in this research, has an extensive astrobiology program that searches for life in many different ways across the solar system and beyond.

“Over the past two decades, we’ve made new discoveries that collectively imply a significant increase of the likelihood to find life elsewhere,” NASA said in a statement after the surprising finding.

As with an increasing number of planetary bodies, Venus is proving to be an exciting place of discovery, it added.

Two of the next four candidate missions for NASA’s Discovery Programme are focused on Venus, as is Europe’s EnVision mission, in which NASA is a partner.

“Venus also is a planetary destination we can reach with smaller missions,” NASA said.