Home latest TRS Set Its Eyes On Sabitha As A Part Of Their Mission...
latestPoliticsPolitical Fresh NewsTrending News 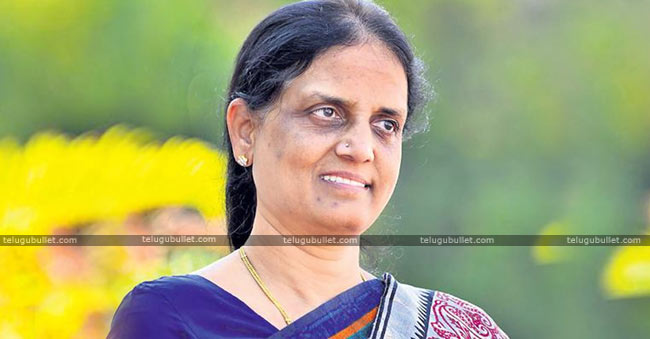 Now that the Political future of Telangana Pradesh Congress Committee is in a dilemma, the TRS party is trying to lure as many leaders as it can to utilize this chance to completely eradicate Congress from Telangana.TPCC won just 19 seats among 119 seats in the early polls and so-called big leaders like Revanth Reddy, Jana Reddy and others lost to the TRS candidates. Among them, only the former Home Minister of United AP, Sabitha Indra Reddy struggled against the TRS hurricane and won in Maheshwaram. This added more power to her already existing fame in Telangana Politics. KCR with his partymen is now trying hard to lure this woman leader to join TRS with a juicy offer which is not easy to reject. KCR is speculated to be offering a Ministry for Sabitha and MP ticket for her son Karthik Reddy. Sabitha is known for her loyalty to the AICC but the dire situation of TPCC and dominance of TRS is leaving her in second thoughts.Already some of those 19 TPCC MLAs are in regular touch with the TRS to shift loyalties if they get a fancy offer. So losing Sabitha will be a major blow to the Telangana Congress to sustain in the upcoming years.