Twitter braces for pro-Trump rally at its US headquarters 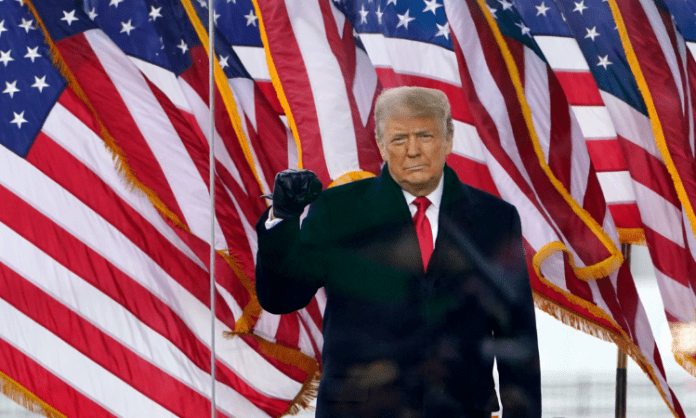 Angry at Twitter which permanently banned US President Donald Trump on its platform following the Capitol chaos last week, his supporters are planning a rally at the company’s headquarters here on Monday, the media reported.

According to San Francisco police, Twitter’s headquarters may be the target of demonstrations on Monday, and they were prepared for any violence or other disruptions.

“The San Francisco Police Department is aware of the possibility of a demonstration on the 1300 block of Market Street (Twitter). SFPD has been in contact with representatives from Twitter. We will have sufficient resources available to respond to any demonstrations as well as calls for service citywide,” a police department spokesperson wrote in an email.

The San Francisco Chronicle said in a report that posts on a popular internet forum for Trump, supporters called for the President’s adherents to protest his Twitter ban outside of the company’s headquarters.

A Twitter spokesperson said that the company’s highest priority was workers’ safety.

“While we respect people’s right to express their views, we’ve been transparent about the factors leading up to our decision last week,” the spokesperson said.

Posts on TheDonald.win, an independent far-right internet forum, called for supporters to gather outside of Twitter’s headquarters in San Francisco to protest the company’s ban on Trump.

Twitter last week banned Trump from its platform, citing the “risk of further incitement of violence”.

The Twitter ban came after thousands of Trump supporters stormed the Capitol on January 6, hoping to stop the certification of President-elect Joe Biden’s election victory.

“After a close review of recent Tweets from the @realDonaldTrump account and the context around them a” specifically how they are being received and interpreted on and off Twitter a” we have permanently suspended the account due to the risk of further incitement of violence,” Twitter said in a statement.

Facebook has announced that the restrictions on Trump’s account will continue till the end of his term on January 20.