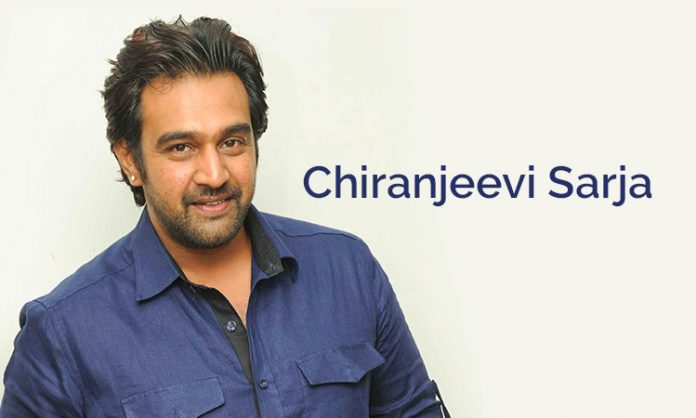 Chiranjeevi Sarja age was only 39 when he suffered from a heart attack. Chiranjeevi’s wife wept a lot on his sudden demise. He did workouts during the lockdown.

Chiranjeevi’s debut was with the film Vayuputra in 2009 had earned him several accolades and awards for this debut performance. On the whole, it is fair to say that it was a tragic end to a potentially promising career. Chiranjeevi Sarja father was a scion of late actor Shakti Prasad.

People are aware of the popular films of Chiranjeevi’ that did well at the box office.

What there is to know about late Chiranjeevi Sarja?

1) Chiranjeevi Sarja was the grandson of the legendary antagonist actor Shakti Prasad.

2) Prior to becoming an actor, Chiranjeevi Sarja had worked as an Assistant Director for several films.

3) Not many know that despite having many offers from Bollywood and Kollywood, Chiranjeevi chose to make his debut in Sandalwood because that has always been his wish.

4) 4 out of his 22 films have indeed been remakes of other actors.

5) Not many know that Chiranjeevi Sarja was in fact inspired to join films at a very young age after seeing movies of his grandfather.

6) Chiranjeevi Sarja is survived by his wife Meghana. The couple got married on May 2, 2018, after dating for 10 years.

Sandalwood actor Chiranjeevi Sarja happens to be the nephew of south Indian actor Arjun Sarja. He died on Sunday in Bengaluru. Sagar Apollo hospitals confirmed his death. In a statement, the hospital stated that the actor was brought to the hospital at around 2.20 pm on Sunday in a non-responsive state. On examination of him, the doctors could not feel any pulse and that his pupils were extremely dilated. Doctors did try to resuscitate him but were unable to revive him.

Family members said that he was healthy and would work out during the lockdown. Sources at the hospital said that he was brought to their premises in an unconscious state. His body is currently at Sagar Apollo Hospital and will be handed over to the Jayanagar Police for an autopsy.

Chiranjeevi Sarja was born in Bengaluru on October 17, 1984. He did his schooling in Baldwin Boys High School Bengaluru and then graduated from Vijaya College.

He began his career as an assistant director for his uncle Arjun Sarja’s movies for four years, Chiranjeevi made his Sandalwood acting debut with the lead role in 2009. Family members said he was healthy and doing workouts during the lockdown.

Chiranjeevi Sarja was no doubt a promising actor.

Sources claim that Chiranjeevi did complain of severe chest pain and respiratory problems on Saturday and was rushed to the Sagar Hospital in Jayanagar.

Chiranjeevi Sarja made his Kannada film debut in the 2009 movie Vaayuputra. He was successful in having a huge fan following with the success of Varadanayaka (2013), in which he acted along with Nikesha Patel. He also shared screen space with Sudeep. Prior to that, he had rather worked with Arjun Sarja for about four years as an assistant director.

Chiranjeevi had won the Best Debutant Actor Award for his role in Vayuputra. After that, he did star in a series of films such as Dandam Dasghanum, Varadanayaka, Vishal, Chandralekha, Ajith, Rudratandava, Player, Ramalila, She, Samhara, Ziesar.