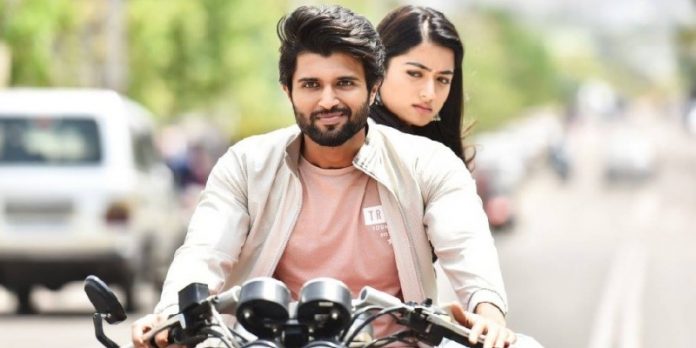 Rashmika Mandanna was busy with a question and answer session on Instagram and that was when her fans decided to ask her those questions which they have been wanting to.Her fans asked her to give a glimpse of her house and so, she took them on a short tour of her house, but chose not to show her bedroom as it is her private place, she said.

In this sessions, fans have asked her to choose any one in between Vijay Deverakonda and Nithiin. She has worked with both of them and their films have been lovely. But Rashmika has simply avoided answering this question.

She has left the answer blank to avoid controversies, but still, it has become a news. Rashmika has always been outspoken about Vijay. But after too many rumours about them during Dear Comrade, the actress hardly spoke about him or even replied to any of his tweets. Now this makes the fan wonder whether everything in between them is fine or if any trouble is brewing.

Twitter shares sank after it posted strong third-quarter earnings but fell short on user growth, as it faces ad uncertainty amid heightened scrutiny around...
Read more

Facebook reported a decrease in users in the US and Canada along with moderate revenue growth in its third-quarter earnings as the company faces...
Read more