Home National Will ensure Trinamool's win even if I am in jail: Mamata
National 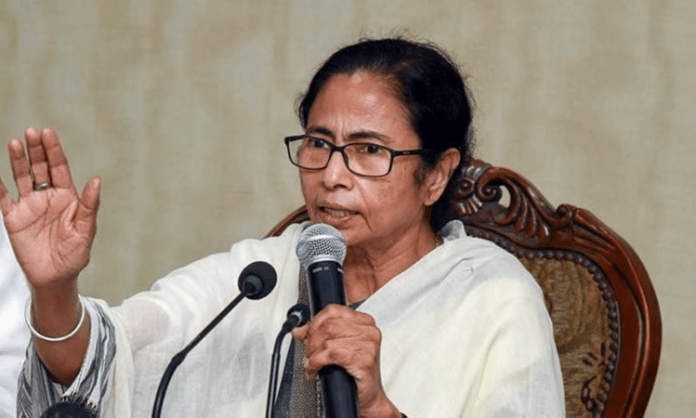 Launching a scathing attack on the BJP, West Bengal Chief Minister Mamata Banerjee on Wednesday threw a challenge at her arch-rival saying she will ensure Trinamool Congress wins even if she is sent to jail.

Speaking at a rally in Bankura district, Banerjee said that the BJP is not a political party but “garbage of lies”.

“If the BJP has guts, let them arrest me. I will ensure Trinamool’s victory in polls from jail itself. Let me tell them clearly that I am not afraid of them and their agencies,” she said.

Banerjee referred to Rashtriya Janata Dal (RJD) chief and former Bihar Chief Minister Lalu Prasad saying that despite him being lodged in jail, his party performed well in the recently-concluded Bihar Assembly polls.

“Even Lalu Prasad has been put behind bars but still he has ensured his party’s good electoral performance. The victory of the BJP in Bihar was secured through sheer manipulation and not through a popular mandate,” the CM said.

Without taking any specific name, she said that the BJP is trying to bribe Trinamool leaders and legislators as some people are under the illusion that the BJP would come to power in Bengal and that is why they are taking chances.

“At the time of the election, they bring up the issues like Narada sting operation and Saradha chit fund scam to intimidate Trinamool leaders. They are trying to lure our leaders with money.

“You have to remember one thing that they are outsiders. They will loot Bengal if they come to power. That is why they have forged an unholy nexus with the Congress and Communist Party of India-Marxist (CPI-M) in Bengal,” Banerjee said.

She said that there is neither any “chance” nor “by-chance” for the BJP to come to power in the state. “We will once again come to power with an even bigger mandate of the people of Bengal,” the CM said with confidence. The 294-seat West Bengal Assembly is due for polls in April-May next year.

The Mamata Banerjee-led Trinamool Congress has been ruling the state since 2011 after they had toppled the 34-years-old Left Front government in Bengal.