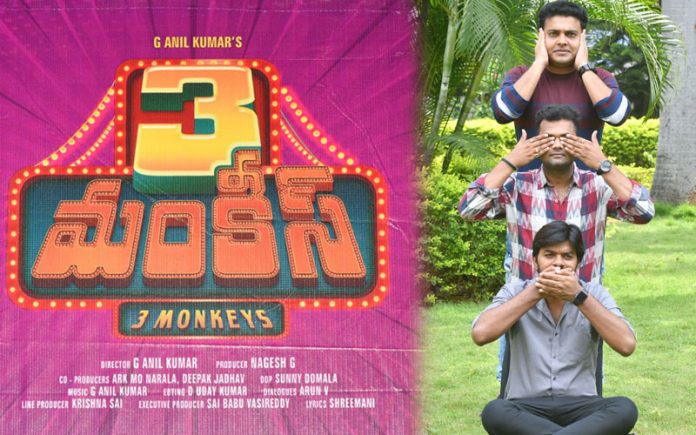 We all well apprehend how the Jabardasth comedy program has earned a tremendous reputation among the audience. This ETV comedy show gave life to many small screen actors and even allowed many comedians to appear on big screens. In the same way, Jabardasth comedians, Get Up Sreenu, Sudigali Sudheer and Auto Ram Prasad gave come up with their next movie ‘3 Monkeys’ to make the viewers laugh to the core. Looking at the title, it looks like a hilarious movie, but the director added enough suspense and thriller elements to make turn the movie into an intriguing one.

This trailer starts with three friends and their playboy characters. Then slowly the plot moves to the suspense scene where the three guys fall into an accidental trap by the villain. Then there comes a situation, where they need to protect a small girl from the clutches of villains. So, how these 3 monkeys will become successful in protecting the girl and what is the mystery behind the trap forms the crux of the story. ‘3 Monkeys’ is directed by Anil Kumar G and is produced by Nagesh G under Orugallu Cine Creations banner.