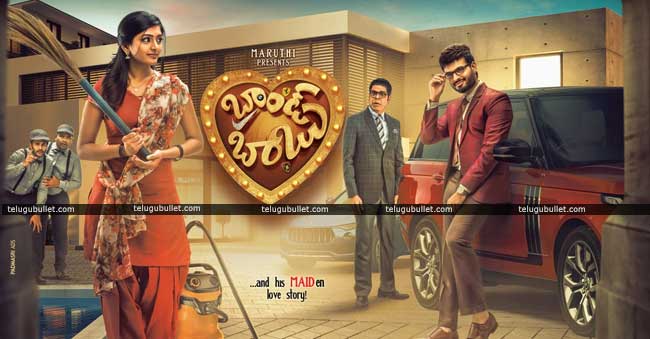 Brand Babu trailer is out… a well-known serial actor Prabhakar directed this film. The trailer reveals the storyline that a richest guy diamond babu falls in love with a girl. Actually, he believes brands only and doesn’t encourage unbranded things. But his girl is from middle-class, so he changed himself for her love. Her family also accept for marriage but the hero’s father doesn’t agree with that marriage. How he convinces his father may be the interesting one.

If it is the story, this type of films we have watched before. But if there is an interesting element with freshness it might be good. Other than it also goes in general format films. Sometimes, if the trailer reveals the story it may get success. Sumanth Shailendra, Eesha Rebba are lead actors and Murali Sharma, Raja Ravindra, and Vennela Kishore are supporting actors in this film. Sumanth Shailendra is a Kannada hero and this movie produced by his father Shailendra Babu. An interesting point is Director Maruthi has given the story for this film. So, some expectations are good. Present, Eesha Rebba is doing Jr.NTR’s Aravinda Sametha as the second heroine.