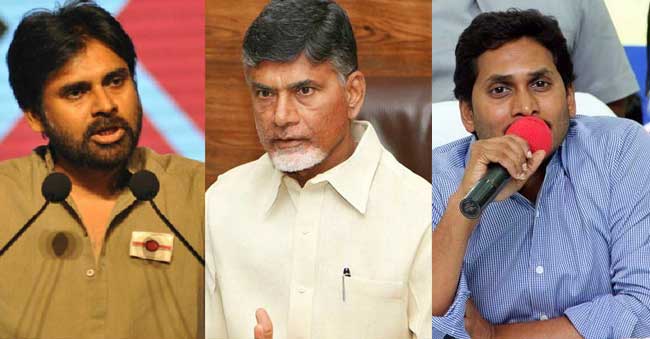 The No Confidence Motion and Special Status fight along with the Bandh topics are sidelined by the latest fight between Jagan and Pawan Kalyan. As all the leaders and common people responded to this issue, the ruling party TDP is yet to take its stand.It is a known thing that Jagan who got hurt with Pawan Kalyan’s comments in one of his meetings. Pawan termed Jagan as a complete waste being in Opposition which is not taken lightly by the YSRCP Supreme.

He made deepest personal attacks on Janasenani and faced the wrath of Janasainikas and common people. Even the other leaders like Undavalli, CPI and CPM leaders along with the AP Voters stood in support of Pawan and slammed Jagan.Even though it didn’t came out on social media, some of the good friends of Pawan Kalyan from the TDP tried their best to arrange a press meet to extend their support to Pawan Kalyan and corner their rival Jagan. But their National Head CBN warned all his leaders and stopped them against their will.

The reason is simple that CBN who is known for his clever tactics in Politics wanted to have a neutral stance on this issue.Political analysts state that CBN is uncertain about his alliances for the upcoming elections. If necessary, he would join hands with any party between Janasena and YSRCP depending on the situation. So he wanted the TDP not to declare a clear stand on this regard. But his silence would be well noted by the common people who are observing the everyday Politics.