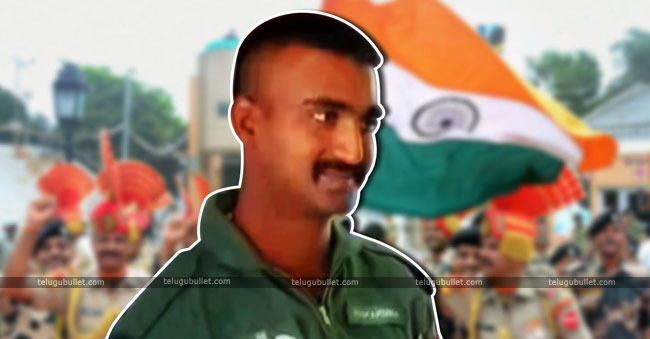 Pakistan finally stood by its word when it handed over its captivated IAF Wing Commander Abhinandan to the Indian Government. This historic moment happened at the Wagah Border yesterday evening.

Abhinandan, the pilot of MiG-21 Bison happened to chase a Pakistan’s F-16 fighter jet. He successfully destroyed it but his plane took the bullet. The result is he ejected out of a crashing MiG and landed in Pakistan. According to Abhinandan, the locals started thrashing him up and then the Pakistan Army saved him and taken into their custody. Since then, he was treated well by the Pak soldiers and Army heads as per the claims of this brave pilot. After holding talks with the Indian Government, Pakistan agreed to respect the Geneva Convention and handed over the IAF pilot to Indian Officials at Wagah-Attari border. He was received with a grand welcome from the Indian side and met his family who already arrived at the Wagah to see their proud soldier.

The Indian Army would conduct some medical tests to the soldier and then he will be meeting higher officials to disclose what happened during his captivation in Pak Army. Abhinandan will be set free of himself after completing all the Government procedures in a couple of days. Prayers of billion Indians became true and this calm, cool and composed pilot is seen smiling.