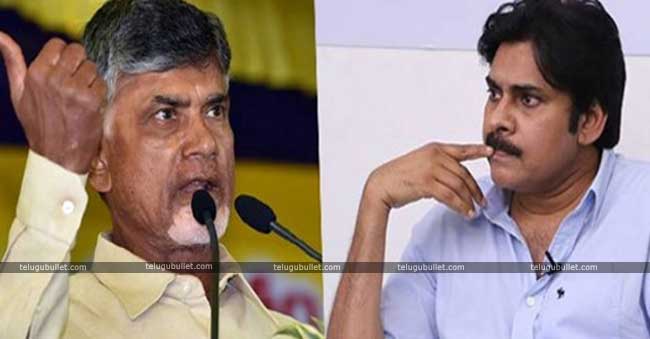 The TDP Chief Chandrababu Naidu is parallelly focussing on AP State and Centre’s Parliament elections at the same time. Known for his Political games, this senior Politician is trying to mock these two elections with one bullet.The bullet name is Pawan Kalyan and the AP CM who is throwing brickbats on the prior has now gone all soft. This ex-friend of Pawan Kalyan who belittled the JSP and its Supreme for the last eight months has now invited Pawan Kalyan to be a part of his anti- Modi alliance. The main reason behind this sudden U-turn is the fact that the YSRCP indirectly asking JSP to form an ally via TRS party. CBN and his leaders despite attacking Pawan Kalyan are well aware of his vote bank now. 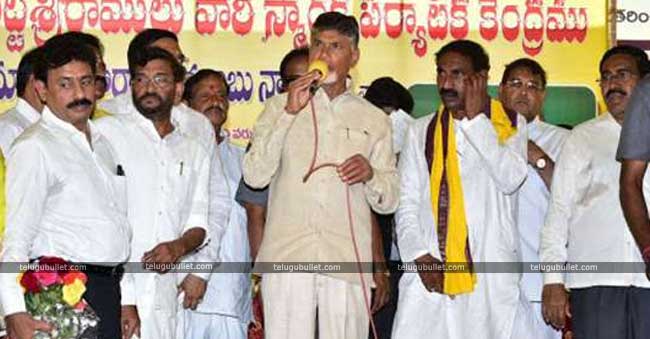 As Pawan officially declared that he will not be shaking hands with YSRCP, TDP Chief wants to utilize Pawan Kalyan for his aims. If he invites Pawan to the anti-Modi alliance, he is thinking that the support of Jana Sena will.be extended to the State elections as well. CBN desperately need the support of Janasena this time to form. The government in AP and to win as many Lok Sabha seats as he can to dictate the PM candidate at the Centre.Now the million dollars question is that will the Janasenani accepts CBN’s request to join the Congress lead National Front or not. Fans wish Pawan to stay strong and fight alone in AP Assembly elections to showcase his real stamina before having a pact with any party.