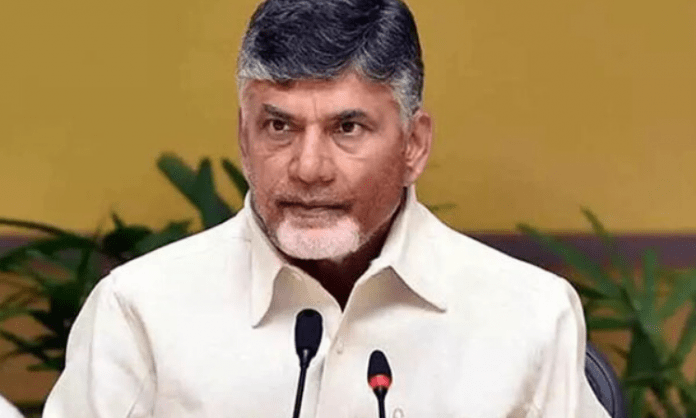 Telugu Desam Party (TDP) President N. Chandrababu Naidu on Thursday urged Andhra Pradesh Governor Biswa Bhusan Harichandan to stop what he called the destruction of democratic institutions by the YSR Congress Party (YSRCP) government and to restore the rule of law in the state.

The Leader of Opposition called on the Governor at Raj Bhavan and submitted him a memorandum, complaining that Jagan Mohan Reddy government is targeting the main opposition party.

Alleging that the government is pushing the state towards ‘jungle raj’, Naidu said false cases were booked against three ministers in four days. The former Chief Minister provided details of the cases booked against 33 public representatives belonging to the TDP.

The TDP chief alleged that 800 workers of TDP were attacked by the ruling party leaders and workers during the last one year.

“In a matter of four days, the government has filed cases against three former cabinet ministers belonging to the BC community. In all, cases were filed against six TDP leaders and three of them were arrested. This clearly shows the vendetta attitude of the ruling party against the opposition TDP.”

He claimed that the government’s vendetta politics has its roots in 2012 disproportionate assets cases against the present Chief Minister, Y.S. Jagan Mohan Reddy. Late Kinjarapu Yerrannaidu along with Ashok Gajapati Raju, both TDP leaders, had impleaded in the disproportionate assets case against Jagan Mohan Reddy, based on which the CBI investigation was ordered and subsequently he was jailed for 16 months.

Stating that the Supreme Court and the High Court have been continuously reprimanding or striking down unconstitutional laws and policies, Naidu said the government is trying to subvert and undermine the judicial orders by implementing the same government orders with minor changes.

He alleged that the YSRCP leaders are involved in neck-deep corruption in sand, land, liquor, and mines. “Since the leaders and cadre of the opposition party, TDP, are raising their voice against this, the government in return is attacking them psychologically, financially and physically, apart from threatening them with false cases. As a result, there is strong resentment and opposition among the government,” Naidu said.

The TDP leader said harassment of Dalits, BCs, minorities, and women was rampant. The government has been suppressing dissenting voices in general and particularly targeting weaker and downtrodden sections of the society, he alleged.