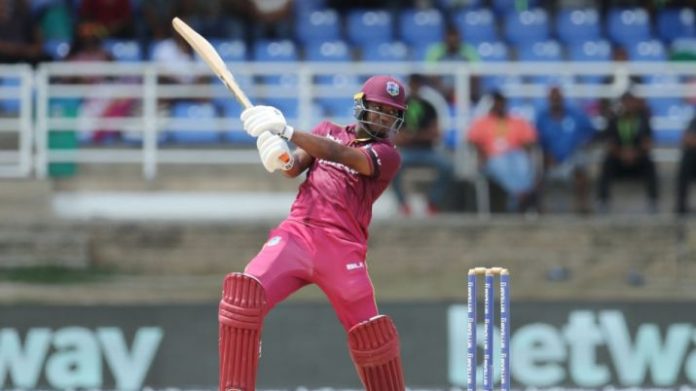 Clinical West Indies downed Ireland with an all-round performance to take a 1-0 lead in the three-match ODI series in Barbados with a five-wicket win. It wasn’t that Ireland didn’t show glimpses of promise, but their batting needs to improve if they are to challenge the West Indies in their backyard. After keeping Ireland to a below-par total, West Indies were led by Evin Lewis’s unbeaten 99 to take them across the line on Tuesday (January 7).

Newly-appointed Ireland captain Andrew Balbirnie won the toss and elected to bat, but none of the top four could convert their sedate starts to even go past the 20-run mark to play the anchor. Wicketkeeper Lorcan Tucker (31) and Mark Adair (29) kept West Indies’ bowlers at bay during their 54-run stand before the latter fell. Alzarri Joseph picked up his fourth wicket with some nippy bowling when he got Tucker as Ireland slipped to 150/9. Tail-enders Barry McCarthy and Boyd Rankin added 30 for the final wicket stretching Ireland’s total to 180 before being bowled out in 46.1 overs, which was still well below par.

Lewis attacked Ireland’s bowlers on the onset in typical fashion. He went after anything short or overpitched with runs coming all around the park. His half-century came in 46 balls but fell a run short eventually of what would’ve been a deserved century. He remained unbeaten on 99 off as many in a knock that comprised of 13 boundaries and two sixes. While Lewis teed off at the other end, West Indies lost three wickets in quick succession. However, West Indies were well ahead of the required run-rate and Lewis and Roston Chase ensured they didn’t break a sweat more than they needed to complete the chase in 33.2 overs.