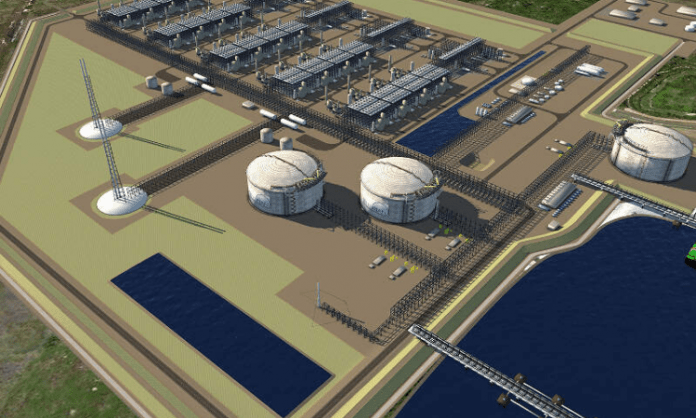 In what may be a big casualty of Covid-19 related market disruptions, India’s Petronet LNG Ltd. may push back its $2.5 billion investment plan in US LNG developer Tellurian’s upcoming Driftwood LNG terminal in Louisiana.

Government sources said that with spot LNG prices now crashing to about $2 per million British thermal unit (mmBtu) and gas widely available in the market, it would make little sense to sign an agreement committing to pay on sea price of $3.5 to $4.5 per mmBtu for 40 years for the gas. The delivered price of gas would be even higher.

The deal would have to be renegotiated given the current market prices, sources said.

In September last year, a non-binding memorandum of understanding (MoU) was signed between PLL and Tellurian that gave the Indian entity PLL the option to buy 5 million tonnes per annum (mtpa) LNG from Tellurian’s Driftwood project on the banks of the Calcasieu River in Louisiana. In return, Petronet was to spend $2.5 billion for an 18% equity stake in the $28 billion Driftwood LNG terminal.

The term of the MoU was to expire on March 31, 2020, which was extended to May 31 in February. But with the expiry of the second deadline for converting the MoU into a definitive agreement, doubts have surfaced whether the deal, which also saw the involvement of top government functionaries for both India and the US, will go through.

“The Tellurian deal is still under board consideration and cannot comment now. MoU has expired but may be extended. The status will be known this year,” PLL said during an analyst call last month.

But government sources said that neither PLL nor Tellurian has had talks on extending the terms of the MoU or signing an agreement on earlier agreed terms so far and if the deal is salvaged it would be based on the renegotiation of the gas price and investment terms.

As a test to determine gas prices available on a long-term contract basis now, PLL recently invited bids for one million tonnes per annum of LNG for 10 years. It asked bidders to quote a price below Japan/Korea Marker (JKM) that takes the price on the long term as well as closer to spot prices. Though Tellurian placed its bid for the supply contract, it did not qualify from a list of 13 other suppliers.

The Tellurian deal, if concluded, will be the first long-term LNG deal under the Modi government since 2014. The previous long-term gas supply deals were signed before 2014. The deal for 7.5 mtpa of LNG from Qatar, 1.44 mtpa from Australia, 2.2 mtpa from Russia, and 5.8 mtpa from the US was concluded by the previous UPA government. The landed price of some of the earlier concluded long-term LNG supply deals is higher at $9-$10 per mmBtu that is being renegotiated by PLL now.

Under the Tellurian deal, the first set of gas from the Driftwood project would reach Indian shores only by FY24.

As per analyst presentations given by Tellurian, the first phase of the 27.6 million tonnes per annum (mtpa) Driftwood project will be able to deliver LNG only in 2023. This would have meant that Petronet would have to wait for the LNG under a long term contract from the US project for four long years. The wait is long given competitively priced LNG is available in plenty in the spot market to meet the immediate energy needs of the country.

The Driftwood project is a proposed LNG terminal where actual construction work is yet to start. Though Tellurian has appointed Bechtel as the engineering, procurement, and construction (EPC) partner for the project, it is still waiting for investment commitments from partners for starting construction work. So far only French energy major Total has committed to invest $500 million in the project for 2 mtpa of LNG.

Sources said of the 5 mtpa proposed contracted quantity, Petronet may not get even full capacity from the first phase 11 mtpa Driftwood project to be ready for delivery by 2023. As the US project is proposed to be constructed in four phases, sources said full capacity may not be reached before 2030. By then the gas market may be looking a lot different and could make Petronet’s investment unproductive.

For Petronet, another issue of concern would be mobilizing the huge investment commitment of $ 2.5 billion for Driftwood. With cash and reserves of just over Rs 8,500 crore, it would have to look at other means of funding its US investment commitment. The Government could either rope in more PSUs to fund the project with Petronet or permit it to tap the overseas market to raise cheap funds.

Tellurian is selling 51 percent holding in Driftwood to third parties while it itself would retain 49 percent stake or control over 13.6 mtpa of LNG. Tellurian expects to generate $8 per share cash flow from the project.