Driver Is The Culprit In Telangana Bus Accident: Declares The Investigation 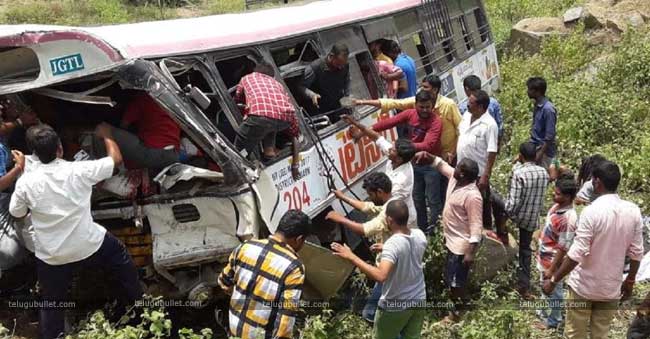 The other day, a TSRTC’s bus met with an accident leaving 58 passengers in demise including the driver. Investigation team revealed the real reason for this tragedy.Overflooded bus which consumed 58 lives and left many injured shook the two Telugu States. The Telangana CM KCR finally responded on this huge mishap and ordered a special investigation. TSRTC tried to cover its mistake by projecting that the driver Srinivas is the best. They dared to reveal a photo showcasing Srinivas taking the best driver award on the passed Independence Day from the Depot Manager. 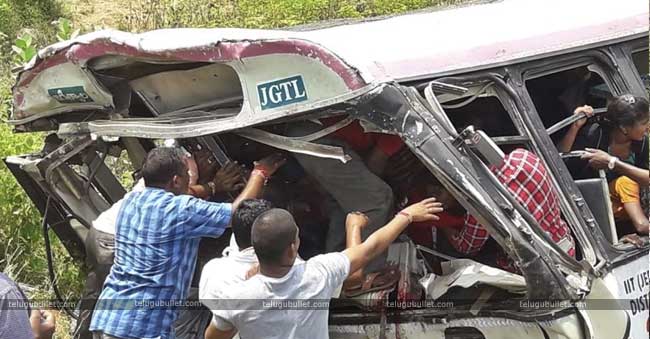 After the enquiry, shaking facts about the driver left the investigation team in dire shock. It came to know that none other than the driver Srinivas is the main reason for this terrible accident.Srinivas who joined in RTC in 2002 had a bad track record. He was involved in three big accidents in his entire career and got suspended thrice for horrible driving. Such driver who has to be expelled was kept in duty by the TSRTC and now they tried to showcase him as one of the best drivers they have got. Irresponsible and careless drivers like Srinivas are costing many lives across India.