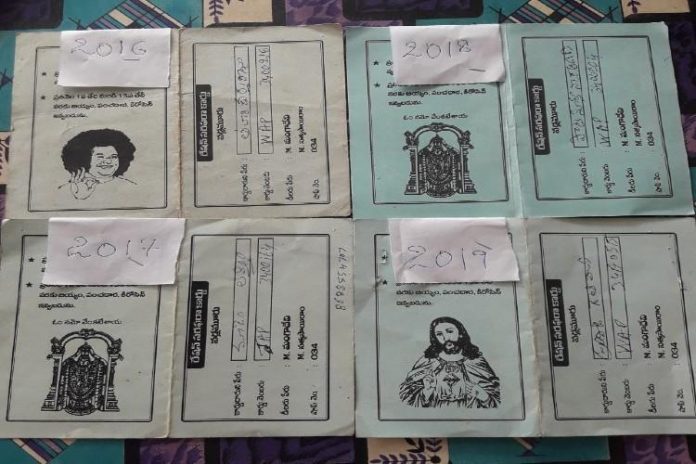 The religious allegations made by both opposition and ruling parties reached new heights in the state raising the communal wars. Putting all those political issues aside, here is yet another such incident about religious remarks where a ration card is surfaced on the internet, which bears the image of Jesus Christ.

In an official statement, the state government said: “Ration dealer husband, who is a TDP member from Vadlamuru village, had printed Jesus Christ’s picture on the ration cards and intentionally promoted the propaganda.” The government said that the rational dealer’s husband is a “die-hard TDP fan” and not a converted Christian. “The officials are supposed to take action on this issue of misconduct,” the govt asserted.

WhatsApp
Facebook
Twitter
Previous article5 Reasons Why Fenugreek Leaves Should Be A Part Of Your Winter Diet
Next articleKeerthy Suresh Hikes her Remuneration!