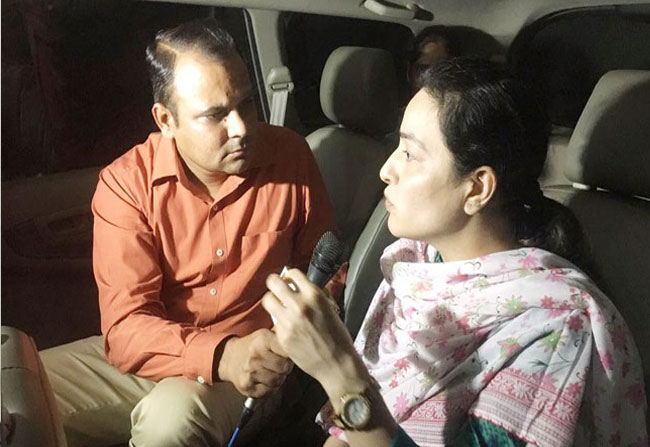 Honeypreet Singh for the first time spoke to the media after Gurmeet baba was arrested in the rape case of two people. Honeypreet Singh declared that the allegations about her relationship with Gurmeet baba were fake. She questioned if a father should not kiss a daughter with love. Honey Preet is not clear why the media is reporting fake news about their relationship and she felt very bad after watching the news. Honey Preet alleged that she did not want to become a film star and denied the rumors that she met Gurmeet baba to become a film star. She denied the news that she had her hand behind the rumors following the conviction of Gurmeet. She said that she would surrender before he believed Haryana and Punjab courts.

Rajini: Kamal Is Not Telling Me…