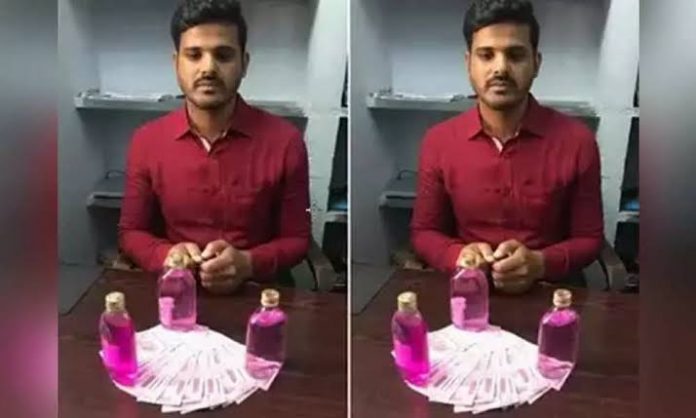 The VRO assumed charge of office three months ago.

A Village Revenue Officer (VRO) working in Turkayamjal mandal of Rangareddy district was caught red-handed while accepting a bribe of Rs 50,000 from a realtor Jakkidi Mutyam Reddy. Reddy who bought 1.20 acres at Abdullapurmet has approached the VRO Shankar for land mutation who in turn demanded Rs 1 lakh from him. However, Reddy agreed to give Rs 75 lakh in advance and the remaining after the completion of the process. Meanwhile, Mutyam Reddy approached ACB officials who laid a trap and caught the VRO red-handed while accepting Rs 50,000. The VRO is learned to have assumed charge of office three months ago.