Janasena Trying Hard To Get Thota Narasimham On Board 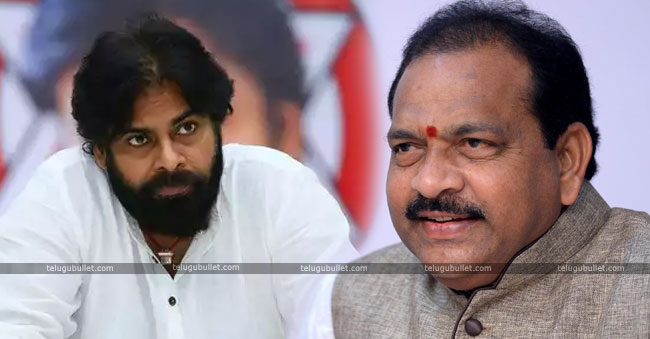 The aspiring party, Janasena has started its groundwork for selecting the MLA candidates for the upcoming general elections. For some important constituencies in East and West Godavari, the party is taking a great deal of care to win as many seats as it can.

Despite its claims to be a party with non-caste basis, Janasena is termed as BC party by average voters and political analysts. Some leaders inside JSP are also banking on this factor to become King Makers. As a result, it is trying hard to get BC leaders on board. One of the prominent BC leaders like Thota Narasimham who left TDP is now in talks with YSRCP and Janasena. As he officially announced that he will not contest from Kakinada, Thota is asking YSRCP if it can give Jaggampeta seat to his wife or son. Despite Thota’s multiple meetings with YSRCP leader Botsa, there are no new developments. Coming to the Janasena, it almost agreed with Thota’s condition and they are looking forward to allotting Jaggampeta’s seat to his wife or son for the Assembly elections. They thought that having Thota in their camp would fetch more BC votes in East Godavari.

Meanwhile,it’s Chief Janasenani is finalizing the right candidates in the region of Rayalaseema. Touring the entire region, Pawan Kalyan is giving electrifying speeches to increase the vote bank of Janasena. The crowds welcoming him is shocking his enemies to the core.

WhatsApp
Facebook
Twitter
Previous articleSukumar To Go With Bunny For His Next
Next articleArjun Suravaram: Another Thriller From Nikhil