KCR To Begin His Federal Front Meetings Starting With AP 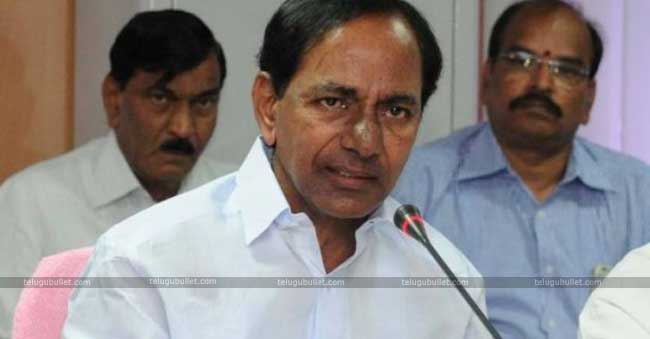 The Telangana Chief Minister Kalvakuntla Chandrasekhar Rao is all set to show his charisma at National level with his most hyped Federal Front. For those who think that this Front is limited only to plans, here is the tentative schedule of KCR for the upcoming days.KCR, the initiator of the Federal Front in India is starting his National Political journey form 23rd of this month. After finalizing the local works and leave the party temporarily for the working President KTR, KCR will commence the much needed Political tour. On 23rd of this month, in a specially arranged chartered flight, KCR will land in AP to visit and offer his prayers to Sharada Peetadhipathi Swami Swarropanandha. This will be his first ever visit AP post his stupendous win.

However, meeting any particular party in AP is not known at this point of the stage. After Vizag, his plane will land in Bhubaneswar to have a meeting with Naveen Patnaik and also to visit the Puri Jagannath Temple along with Konark. Not stopping there, KCR will land in Kolkatta to offer prayers for the mighty Khali and also to have a one on one discussion with the Lady leader Mamata Banerjee. As this is not enough. Post his West Bengal visit, KCR has got the appointment of Indian Prime Minister Modi for becoming the CM of Telangana for the second time. After meeting Modi, KCR has queued up meetings with the prominent anti-Modi leaders like Akhilesh Yadav, Mayawati, and other leaders to bring in the much needed anti-Modi wave.