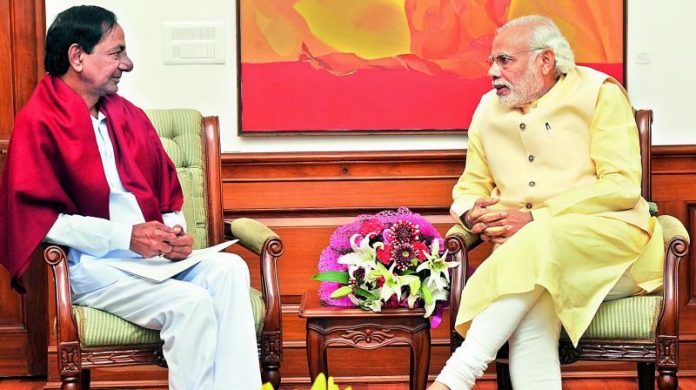 Telangana Chief Minister K. Chandrasekhar Rao on Tuesday urged the Centre to withdraw the proposed draft electricity amendment bill, saying this is neither in the public interest nor in the interest of state power utilities.

In a letter to Prime Minister Narendra Modi, he voiced the state’s serious concerns over amendments to the Electricity Act (Draft Electricity Bill Amendment Act 2020). He made it clear that this would have an adverse impact directly on the management of the state electricity organizations.

Against the backdrop of the centre asking the states to express their opinion on the proposed draft Electricity Bill Amendment Act 2020, the Chief Minister, in his letter, stating that the proposed amendments to the Electricity Act, 2003 would have a direct bearing on the functioning of the power sector.

KCR, as Rao is popularly known, wrote that the bill takes away certain functions/powers of the state government.

“The provision to appoint state electricity regulatory commission by a selection committee constituted by the government of India and entrusting the responsibilities to a neighboring state electricity regulatory commission under certain circumstances is hitting on the core of the federal polity, which is enshrined in the Constitution,” reads the letter.

“Merely a particular subject is in the concurrent list of the Constitution does not mean that the Government of India/Parliament will enact laws which have a direct and major influence on the functioning of the state government. We strongly oppose such a tendency,” he wrote.

The Chief Minister said the proposal to take away the functions of the state government in constituting State Electricity Regulatory Commission is against the spirit of federalism.

Referring to the provision in the draft bill for the direct benefit transfer of subsidy provided to consumers, KCR wrote that this would work against the interest of farmers and very poor domestic consumers. “It has been the policy of the Telangana government that the farmers should receive 24X7 free power. Mode of payment of the subsidy should be left to the state government. Any proposal to modify the current statute on this specific subject matter will be highly objectionable to our government,” he said.

He strongly opposed the provision that the Commission will fix the tariff for all the consumers without any subsidy. He pointed out that presently tariff fixation includes some cross-subsidy to be borne by certain categories of consumers. He demanded that discretion to levy cross subsidy on certain sections of consumers should be left to the state government.

KCR also pointed out that the proposed bill would make National Load Despatch Centre (NLDC) all-powerful with regard to the scheduling of power throughout the country which will result in backing down of state thermal units. He demanded that intra-state transmissions decisions should be left to the SLDCs only.

WhatsApp
Facebook
Twitter
Previous articleModi accepts Trump’s offer to be part of ‘expanded’ G7 to discuss China
Next article$1 mn to Le Rosey for best schooling for daughter of no avail: Oswals

Another 11 COVID-19 patients have died in Britain as of Sunday afternoon, bringing the total coronavirus-related death toll in the country to 44,830, the...
Read more
Health

In a bid to make itself carbon-free by 2030, the Indian Railways has initiated a number of major initiatives to mitigate global warming and...
Read more

Actor Tahir Raj Bhasin, who steps into the shoes of legendary cricketer Sunil Gavaskar in "83", says he is glad that people will get...
Read more

The White House has urged the US Food and Drug Administration (FDA) to reinstate its emergency use authorization (EUA) for the anti-malaria drug, hydroxychloroquine...
Read more