Home Business $1 mn to Le Rosey for best schooling for daughter of no...
Business

$1 mn to Le Rosey for best schooling for daughter of no avail: Oswals 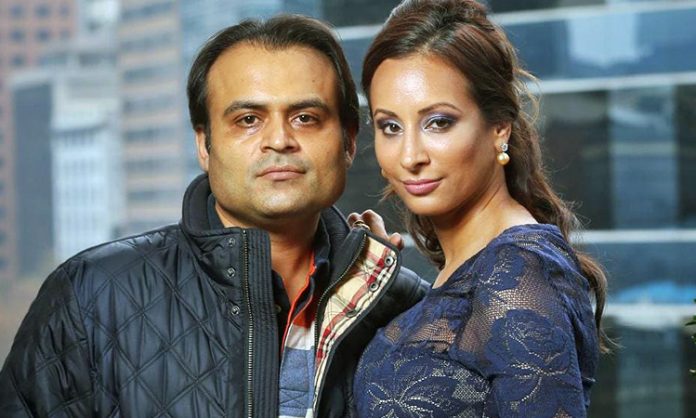 Pankaj and Radhika Oswal, with business interests in Australia, have alleged that the world’s most expensive school, Institut Le Rosey in Switzerland failed to protect their daughter from bullying which ultimately led to serious cyber-harassment and attacks towards the young teen.

Radhika Oswal told IANS: “Over the last 6 years, altogether we have paid Le Rosey approximately $1,000,000 (one million dollars), so that they could give our daughter the best care and protection during these important childhood years, which has obviously come back to bite us now.

“Just as all parents, we wanted to give our daughter the best schooling that we could afford, and we have now understood the importance of not just looking into a school’s amenities and price tag and supposedly rosy outlook, but also going into depths to understand and investigate that the schools we choose for our children, should
take children’s rights and school bullying very seriously,” she added.

Pankaj Oswal is the eldest son of late industrialist Abhey Oswal. Naveen Jindal of Jindal Steel and Power is married to his younger sister Shalu. He was the chairman and Managing Director of Burrup Holdings Ltd, a Perth (Australia) based company and one
of the world’s largest liquid ammonia production companies.

In a statement, the Oswals have raised serious allegations that the elite school failed to protect their daughter from bullying, which ultimately led to serious cyber-harassment and attacks towards the young teen.

They have also alleged that there is also clear evidence of other Indian children being harassed because of their background, culture and choice to be vegetarian.

Radhika Oswal said: “It is unfortunate that we have heard of other Indian students being taunted for their ethnicity, shockingly even by a member of the faculty. It is sadder that many Indian parents continue the education of their children in this school, despite their children being told disrespectful and racist remarks such as that ‘India is the dustbin of Asia’, and that ‘Indian parents look like sweepers’.

“It is shocking when children are taunted and made fun of multiple times on their decision to be vegetarian, their culture and their religious beliefs, but even sadder when parents do not take action.”

Following the failure to reach an agreement in a conciliation hearing, the parents say they had little choice but to take Le Rosey to court.

The parents want a public apology for their daughter and a promise that the school will now start to live up to its own – supposedly high – standards.

Pankaj Oswal said: “Le Rosey has failed in their responsibility towards the welfare of a child. It is entirely unacceptable. The school has prioritised having a yacht on Lake Geneva and multiple extravagant events over ensuring the basic levels of care are met.

“As parents we are in a state of shock and it hurts to know what our brave daughter has had to stand upto at a young age. We hope that this moment makes Le Rosey reflect on what a world-class education really looks like and take action to ensure that this doesn’t happen to any more students,” he said.

Institut Le Rosey, commonly referred to as Le Rosey or simply Rosey is one of the oldest boarding schools in Switzerland. The title of the most expensive private school in the world goes to it, with an annual tuition of $115,000 (basic fees plus costs) per year.

Oswals have accused it of failure and the serious lack of sensitivity to deal with bullying towards an Indian student.

But they say that “it has become clear, however, that the standards of the school have dropped in recent years, and it is now fast becoming just a playground for rich students to do as they please”.

Radhika Oswal said: “We are disappointed and appalled at the treatment that has been given to our daughter by an institute, and the faculty that has failed miserably to uphold its own code of conduct. The values that the institute ostensibly imparts pertaining to ‘respect’ and ‘physical integrity’ as well as for the ‘religious,
philosophical and political convictions’ of students, have been made a mockery of, and are at this point nothing but marketing whitewash!.”

According to the Oswals, following a serious set of bullying incidents against their child, the parents raised their concerns to the school and asked for action to be taken to ensure their child’s safety.

The school’s senior management, however, showed no willingness to act or even acknowledge that there was an issue.

The bullying, meanwhile, escalated into systematic harassment and cyberbullying. The student was mocked on social media groups with other students witnessing.

Instead of addressing the bullying or trying to come to a reasonable conclusion, Le Rosey canceled the bullied student’s re-enrolment for the following academic year, without any explanation. The parents say that there is also clear evidence of other Indian children being harassed because of their background, culture and choice to be
vegetarian.

The parents claim that on the contrary, Le Rosey and its faculty painstakingly were involved in the character assassination of their young daughter by lowering her evaluation grades since she was one of the highest achievers of her class, supporting the students who attacked her mentally, even canceling her contention for a
re-enrollment to the next school year and subjecting her to unimaginable mental torture, in an ultimate bid to try to subjugate her into silence.

Only a quarter of British businesses said they are fully ready when the Brexit transition period expires on Dec. 31, a survey from the...
Read more
Business