Home Sports Large part of me becoming captain has to do with Dhoni observing...
Sports

Large part of me becoming captain has to do with Dhoni observing me: Kohli 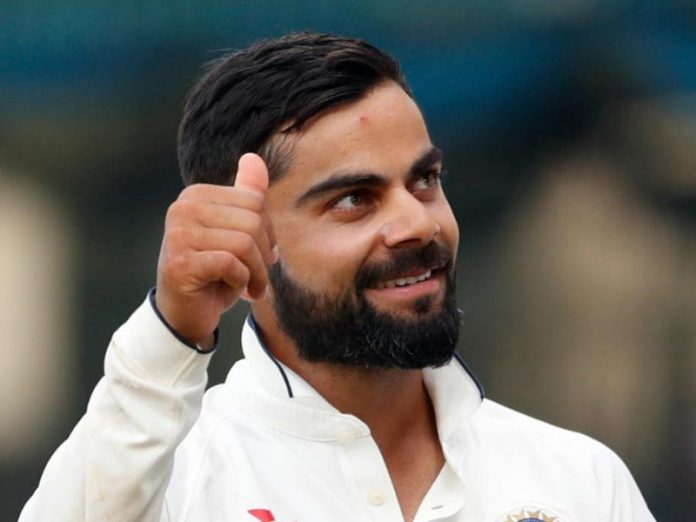 Virat Kohli started his international career under the captaincy of M.S. Dhoni before taking over the reins of the Indian team himself. Kohli took over the Test captaincy after Dhoni’s abrupt retirement from the longest form of the game in 2014. And in January 2017, he took over the limited-overs captaincy.

Kohli feels that Dhoni’s observation of how he developed over the course of his career went a long way in him eventually taking the mantle. “Becoming captain was not even in my wildest dreams,” Kohli said in an Instagram live video chat with his teammate Ravichandran Ashwin on ‘Reminisce with Ash’.

Kohli said that he always had tactical conversations with Dhoni during matches. “I was always in MS’s ears. He would deny a lot of things but discuss a lot also. I think he got a lot of confidence in me and a large part of me becoming captain has to do with him observing me over a long period of time.

“It can’t be that he goes to the selectors and just says, ‘Make this guy captain.’ He has to take responsibility to identify the person and then slowly see how the guy develops. I think he played a big role in that and that trust you have to build over the course of eight or nine years.”

Under Kohli India have enjoyed a dominant run in Test cricket and recorded ODI series wins in South Africa and Australia.

Eng vs WI: Root returns as hosts look to level series in Manchester

England will look at their talismanic captain Joe Root for motivation when they take on West Indies in the second Test of #raisethebat series...
Read more
Sports

Rashford to receive honorary doctorate from University of Manchester

Manchester United star Marcus Rashford is set to become the youngest ever recipient of an honorary degree from The University of Manchester, a recognition...
Read more
Sports

Former captain Ramiz Raja believes Pakistan will feel confident of their chances in England after watching West Indies get the better of the hosts...
Read more