Out and out it is a smart remote only with seven buttons on it. the remote looks quite slim in dimensions and it looks like the body is made out of aluminum. Surprisingly, the remote contains a USB type-c port at the bottom of the remote.

There is directional rocker at the top of the remote which is to navigate, it also looks like an air mouse which is used to browse on the TV and there is a button labeled with the OnePlus logo.

Also, there is a dedicated google assistant button to trigger the assistant to help out the users. There is an options button on the left side of the remote and a back and home button on the right side. There’s also a button which is blank which we assume would be customizable purposes. 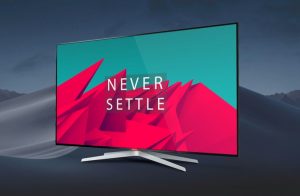 Upon all keys, the one plus button is a little bit interesting because there is no information available about it. but we assume that it triggers the sharing option between the one plus TV and the one plus mobiles. There is also a volume rocker.

Earlier, one plus has announced the one plus TV which is going to launch in India firstly. Oneplus TV is powered with gamma color magic processor under its hud. the sizes of the smart television ranges from 43 inches to 75 inches.

the TV is going to sport Samsung’s Quantum dot display technology and it is confirmed that eight speakers combine to output as 50Watts. The TV would also support Dolby’s vision and the display is HDR 10 plus certified. the one plus TV will run on google’s android platform.

NASA astronauts to conduct a pair of spacewalks this month

Two NASA astronauts will conduct a pair of spacewalks on July 16 and July 21, to finish a 3.5-year effort to upgrade the International...
Read more

Actress Vaani Kapoor has started shooting for her upcoming film "Bell Bottom", and she says she is just happy to resume work after a...
Read more
Read More