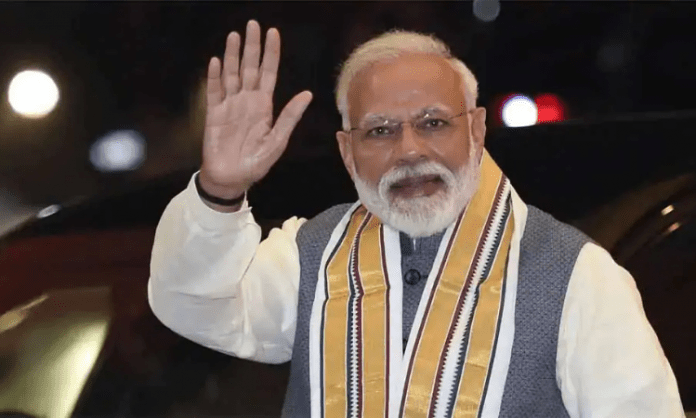 Prime Minister Narendra Modi is likely to visit his constituency Varanasi on November 30 for ‘Dev Deepawali’.

He will be lighting the first earthen lamp at Rajghat in Varanasi to start illumination of all 80 Ghats with over 10 lakh lamps on the occasion.

The Prime minister will also take stock of the progress in the Kashi Vishwanath Corridor project and witness the sound and light show before leaving the city after a six-hour stay.

According to District Magistrate Kaushal Raj Sharma, “We have received initial intimation regarding the possible visit of the Prime Minister on the occasion of Dev Deepawali, after which finalization of the events in which he will participate and other preparations have been started accordingly.”

As per the proposal being prepared for the Prime Minister’s participation, the tourism department will host a function where he will light the first lamp of Dev Deepawali at Rajghat to mark the beginning of the festival which is observed on the day of Kartik Purnima.

It will be followed by cultural events at the same venue for about 45 minutes. After earthen lamps are lighted at all the ghats, the Prime Minister will take a boat ride to view the beauty of illuminating Ghats along the river Ganga. This will be the Prime Minister’s first visit to his constituency during the pandemic.

WhatsApp
Facebook
Twitter
Previous articleESMA invoked in UP, Sec 144 in Lucknow
Next articleProhibitory orders in Lucknow to stop Covid spread