Home latest Pointing explains "how to get steve smith out?"
latestSportsTop StoriesTrending News

Pointing explains “how to get steve smith out?” 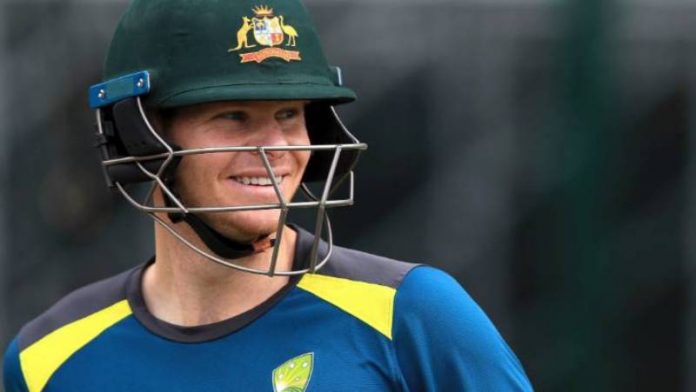 After the double hundred from steven smith Australia took complete control over the 4th ashes test against England. Steve Smith was hailed as a genius after his 3rd double ton. but former captain Ricky pointing said that there is a way to get steve smith out.

Steve smith returning to the test side after the ball-tampering saga scored 589 runs in just 4 innings. Along with the mind-boggling average of 147.25 and 3 hundreds, 1 fifty-plus score to his name.

“You hear all sorts of words, ‘genius’ is one that comes to mind,” Ponting told cricket.com.au when asked about steve smith’s 211 and the style of his batting.

“A remarkable innings again. It’s his application to what he does. He just doesn’t make any mistakes. His concentration levels are unbelievably good,” pointing appreciated for the way he batted along through the sessions.

Even Ricky Ponting, one of cricket’s sharpest minds, struggled to plan how to get him finally had an advice to the bowlers.

“He’s only been out nine times lbw in his last 99 innings, so you know if you’re bowling straight you’re not going to get him out,” he explained smith’s strongest feature of his batting to cricket.com.au. 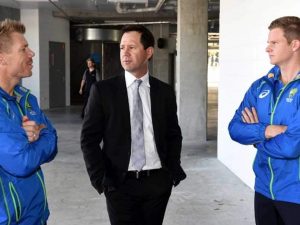 “The one thing you have to do is try and challenge the outside of his bat. He doesn’t miss it on the inside.” Pointing explained how to target steve smith early on when he comes out to bat.

Ponting spotted out that only sir don Bradman had scored more hundreds and double hundreds against England, and don Bradman stands at top with highest batting average(99.94), only smith stands next with his current average (64.65).

“Even what Smithy is doing now is remarkable, to think how good Bradman must have been to be a third again better than what Steve Smith’s doing at the moment is just fantastic,” pointing briefed.

Six-time Formula One champion Lewis Hamilton has said he will be taking the knee again at the next race which is also scheduled to...
Read more
National

Stokes already a big leader in the England side, says Crawley

England cricketer Zak Crawley gave his backing to all-rounder Ben Stokes who will be captaining the Test side for the first time in the...
Read more