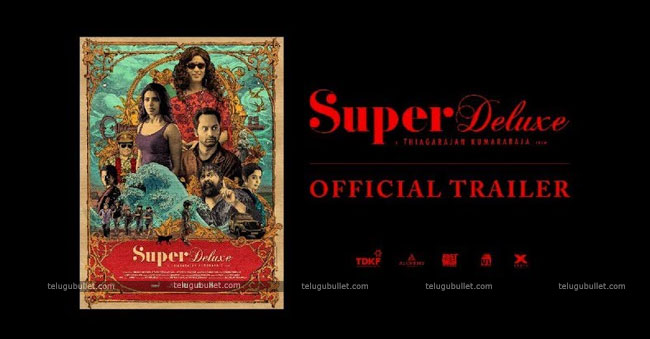 The top actress Samantha’s upcoming Tamil flick Super Deluxe trailer has been out and the entire Tamil movie fan base is going gaga over this trailer. Let us see if this trailer really worth the praise.

The flick Super Deluxe raised buzz for the fact that talented actor Vijay Sethupathi and star actress Samantha have teamed up. Being directed by the award-winning maker Thiagarajan Kumararajan, the trailer excited the Tamil Industry. However, the Telugu movie lovers and analysts who saw the trailer are not even excited. The trailer is all about Vijay who is in shemale’s avatar describes a pathetic situation of a man who is hanging to a tree on a mountain cliff with a python tangled him. The same story is explained multiple times to increase the intensity but the visuals appeared quite normal. Samantha is normal like before and one can get a feeling that the flick is nothing but a boost from the Tamil fans.

However, the Kollywood is waiting for this flick as the momentum has already picked up. Due to the good names in the project, the movie will have a big release in Tamil Nadu, makers are looking forward to dub the flick in Telugu keeping Sam’s market in the two Telugu States.

Actor Rahul Dev says his upcoming digital film, Raat Baaki Hai, is all about thrill, drama and a tight plot. "It's an interesting film with...
Read more

One player each from FC Bengaluru United and Bhawanipore FC tested positive for Covid-19 ahead of the I-League Qualifiers slated to begin next week. The...
Read more
Read More