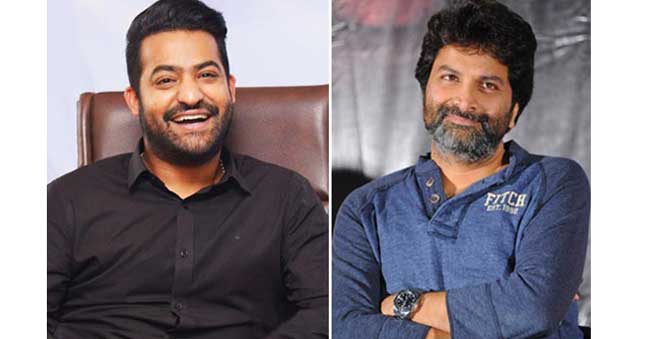 The ongoing flick of Young Tiger NTR Jr, Aravinda Sametha Veera Raghava is going in decent pace at Hyderabad. Sources close to this movie’s producer disclose crucial dates of this project.Trivikram-NTR Jr’s incredible combination is all set to create wonders on the Silver screen this year. Taarak chiseled his body like anything and readied a packed avatar exclusively for the director Trivikram’s celluloid. Titled as Aravinda Sametha Veera Raghava, this action cum family drama is currently in production. NTR Jr will be seen as an entertaining chap in one half and ferocious young factionist in the other half. High voltage fights and rib-tickling comedy are said to be the main highlights of this flick.

Currently, the regular shooting is carried out in the erected sets around the Telangana’s capital. The producer S.Radha Krishna is all set to give the Taarak fans a treat for the upcoming Independence Day. The first look teaser of NTR Jr is going to get revealed on 15th of August to tease the hardcore fans marking the special day. Also, the flick is going to get released on 11th October as Dussehra gift for movie lovers. If this combo hits the right chord with the audience for Dussehra season, then the movie will end up as one of the biggest hits of Tollywood.Already the composer Devi Sri Prasad started working for the tunes. Pooja Hegde is the female lead and star comedian Sunil is giving his re-entry with this flick. Mark the date of Independence day to witness Trivikram’s presentation of Young Tiger.