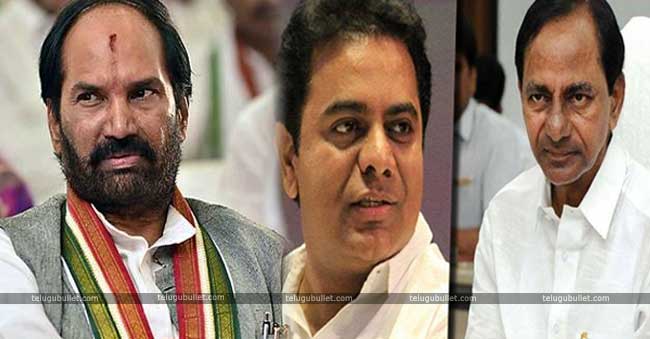 The snap polls of Telangana set a stage for all the Political parties to wage a war of words among themselves. Especially the two rival parties TRS and Telangana Congress are crossing swords at each other. To counter the KTR’s comments on the TPCC, its Chief Uttam Kumar Reddy in his recent meeting with the Mahakutami party leaders fumed fire on the prior. He asked if the caretaking CM of Telangana, KCR had fulfilled all the promises he made in 2014 before the general elections. 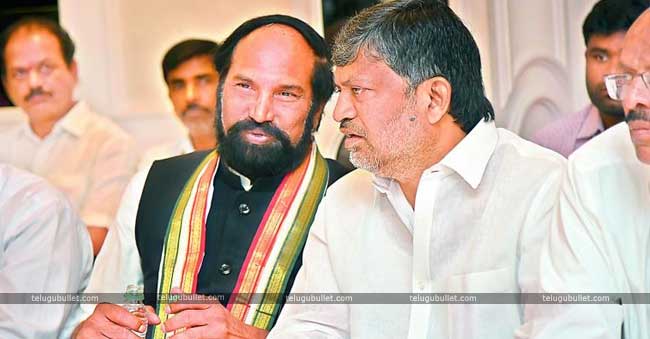 Uttam declared that KCR not only failed to deliver his schemes, but the TRS Chief also didn’t even complete half of his most buzzed Tap Water supply to each and every house of Telangana. Pointing out at the expenditure of TRS Government for Mission Bhagiradha, Uttam declared that the Pink camp has misutilized all the Public funds for the sake of personal gains.

The TPCC Chief countered KTR’s comments of terming the Mahakutami as the alliance of Andhra leaders. He asked KTR if the leaders like Revanth, Prof Kodandaram, TDP Telangana Chief L Ramana hail from Andhra or Telangana. According to Uttam, voters lost trust in KCR for dissolving the Government in four and half years only to regain power with the help of snap polls. This time, Uttam claimed that Congress lead Mahakumati will get the power in Telangana.