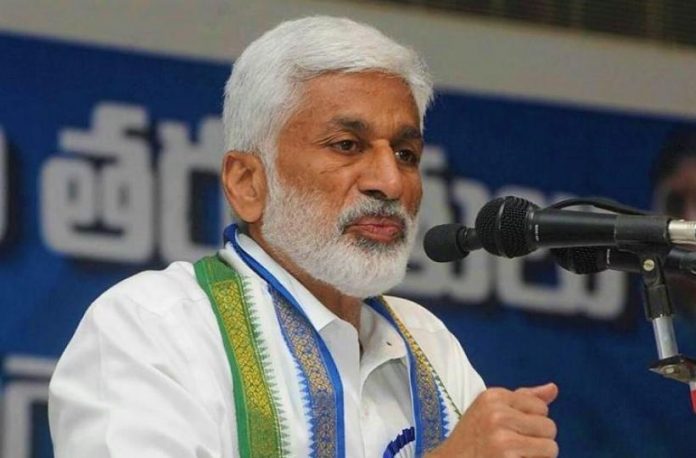 YSRCP Vijaya Sai Reddy has been re-appointed as State representative.
According to government orders, Vijayasarayi received no salary allowances and appointments from cabinet rank.

Vijayasaray Reddy will serve as the State Government’s Special Representative at AP Bhawan in Delhi without cabinet rank.
On June 22, the state government issued a directive to appoint Vijayasai Reddy as a state representative.

Vijayasaray Reddy’s appointment was cancelled on May 4 as it was found to be contrary to the rules of the Office of Profit while still being a member of the Rajya Sabha.

The state government has issued an ordinance on Saturday, make it clear that no salary allowances and special cabinet status as Special Representative will be allowed.

The governor’s signing of the ordinance is the latest appointment.
The state government has said the orders will come into force immediately.