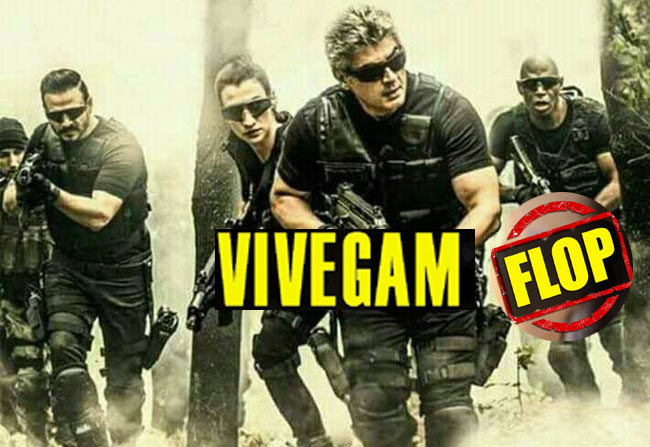 Tamil film hero Ajith recent movie is Vivegam. In Telugu, Ajith movie Vivekam flop in Tollywood. This movie has very high expectation in the fans. From starting of the movie the film is in the internal news. And the teaser of the movie got the record in the social in the social media. The movie released with expectations but been a very big disaster in the theaters. Starting are very high for the movie but in long the movie was unable to stand.

In the starting week, the movie has collected 150 crores said the trade unions. And the share of 80crores got to this movie. The movie producers got the returns from the movie but the distributors were absolutely losses. This movie was sold for 55crores but till now the movie has collected 35crires itself which mean a loss of 20crores. And in some areas, the movie didn’t reach to expected range. With this, the trade unions decided the movie as the flop. And the fans of Ajith were very much disappointed.