Anasuya Is Back To Jabardasth Again 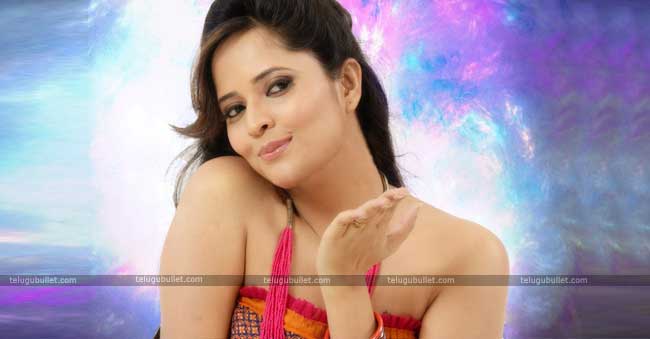 Telugu television audiences consider that Jabardasth and Anasuya will not be separate. Because Anasuya made her anchor debut with Jabardasth show from its beginning and still continuing her saga. Of course, she went out from Jabardasth show for months and returned to continue in her place. Recently from two weeks of Jabardasth, Anasuya is not appearing as the anchor in those shows.Jabardasth management said that she will busy with the shooting of her movies and will be back to the Jabardasth stage after two weeks. 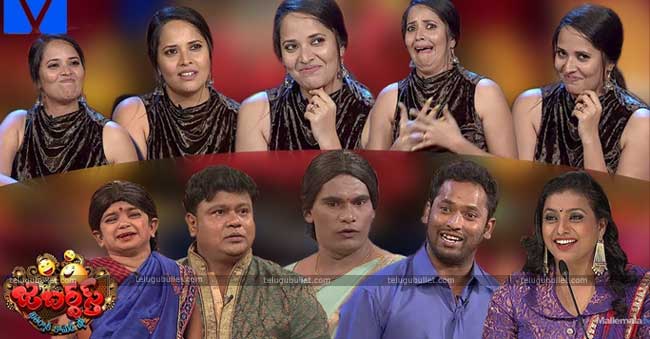 But there is a rumour speculated that Anasuya quit the show because she is busy with the movie offers and wants to focus on them. It seems like a bad idea right and Anasuya fans are also not believed this gossip and thought that she won’t do that mistake again. Meanwhile, actress Varshini is taking care of anchor seat in Jabardasth show from last two weeks.Now, it is a good news for all Anasuya fans. She is back to Jabardasth show and the upcoming Jabardasth promo (29 November 2018) proved the same.Anasuya is hosting the show in this promo and her smile will make her fans to fall for her presence. 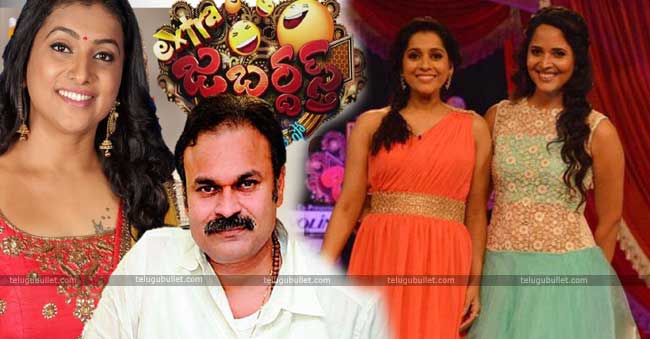 There is no doubt to say that she is one of the selling points of the Jabardasth comedy show and this show also benefitted her to get the fame and chances in movies. Anasuya still knows that she will get the supporting roles in movies if any movie offers come to her. Because she will not be suitable to act as a heroine in the movie considering her age. If she gets an offer to portray the main lead role, that movie will be a small budget movie and will definitely help for her career. So, it is a wise decision of Anasuya to host the Jabardasth show.

The all-time blockbuster Dilwale Dulhania Le Jayenge (DDLJ) turned 25 on Tuesday, and a special emoji has been launched on Twitter to celebrate the...
Read more
Cinema Latest

As Covid-19 cases surged in India, third-party content moderators working for Facebook allegedly pressurized them to get back to work, a report from the...
Read more

LG Display, a major display panel maker in South Korea, said on Wednesday it has signed a partnership deal with an affiliate of US...
Read more

Football legend Lionel Messi scored a historic goal during his side's 5-1 win over Ferencvaros at the Camp Nou in the ongoing Champions League. After...
Read more