Home Sports Archer set to be elbowed out by Wood as England swear by...
Sports 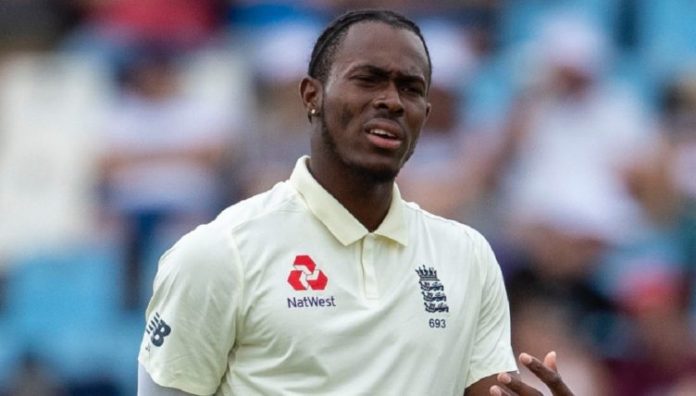 When it comes to international cricket, Jofra Archer has been a young man in a hurry. Since he made his England debut at the start of last summer, he has won a World Cup and made an immediate impression on Test cricket during the Ashes series. Thanks to his pace and his skill, almost overnight he has become one of England’s most important players in all formats. But with that rise has come greater expectations. And when those expectations have not been met, criticism has followed.

Archer’s difficult tour to New Zealand, when he took just two wickets for the cost of 209 runs across two Tests, was the first real-time that things had not gone all his own way in an England shirt. There was particular criticism of his pace, which was down at times on the 90mph thunderbolts he had consistently served up against Australia, but little recognition that both Test matches in New Zealand were played on pitches as flat as pancakes. This was also Archer’s first experience with the red Kookaburra ball and his first Tests away from home.

Nevertheless, for a bowler who was supposed to provide England with a cutting edge on flat pitches, it wasn’t quite the start to life as an overseas Test bowler either Joe Root or Archer had in mind. Things started better on this tour of South Africa, however, with a five-wicket haul in South Africa’s second innings at Centurion and a return to somewhere near his menacing best. But then a longstanding elbow injury struck, ruling Archer out of England’s victory at Newlands.

It remains unclear whether Archer has fully recovered from the injury ahead of the third Test in Port Elizabeth which begins on Thursday (January 16). There were reports from training on Wednesday that he didn’t look all that comfortable when bowling in the nets and Root suggested that Archer would not be risked if not fully fit.

But there are also indications that England may be considering selecting Mark Wood to replace the injured James Anderson in the final eleven even if Archer is deemed available for selection. If so, it would be the first time he has been dropped by England.

“He’s 24 years old. It’s clear to see what he’s capable of doing and he’s very much at the start. Managing workloads is a very important part of it as well. He’s played a huge amount of cricket since he’s come into the international arena and we’ve seen a little bit of pushback from his body, with the elbow injury.

While Archer’s selection or otherwise for the third Test will depend on whether he is fully fit, Root also acknowledged that England needs to manage the expectation around him, particularly given the limited Test, and indeed red-ball, the experience he has.

Should Wood be selected, it would be his first game since the third Test in Saint Lucia on the tour of the Caribbean last winter. Then, he blitzed West Indies during their first innings, picking up five-wickets in one of the quickest spells an England bowler has ever produced. It proved the catalyst for a comprehensive victory and hinted at the destruction Wood can wreak when fully fit. Unfortunately, he hasn’t been able to back that performance up in Test cricket since. An injury sustained during the World Cup final has ruled him out of the game until now.

He could well be rusty. He has not played a competitive match since the World Cup final and although he has been bowling quickly in the nets, it would be a risk to throw him into a Test with such limited matchplay behind him. Root confirmed, however, that it might be a risk England is willing to take.

Whomever England select, they will go into the third Test with plenty of confidence following an excellent display at Newlands. That it was achieved with five players under the age of 24 pleased Root even more.