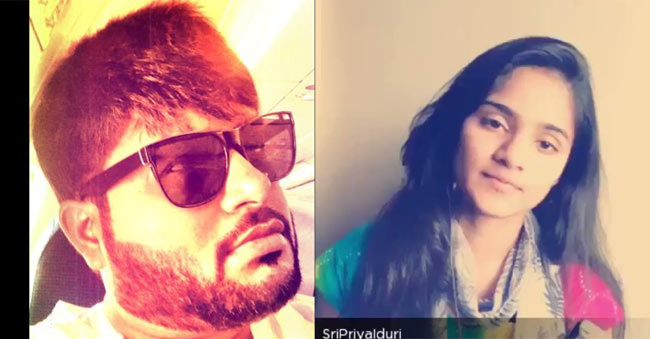 “Peniviti” song from Aravinda Sametha… Everyone liking it and saying thanks to music director S.Thaman, lyricist Rama Jogaiah Sastry, and singer Kala Bhairava. Really, it is very heart touching and every line in the song defines the feeling of a wife. And majorly, Rayalaseema people have a special connection with this song. Because the movie is based on Seema faction and the lyrics in the song are in the form of Rayalaseema slang, That’s why the ladies of Rayalaseema more connected to this song. Not only Rayalaseema people, but every wife also reminds her husband while listening to this song. The lyrics are the soul of the song, music, and vocals have taken it to the next level.

Actually, we listened to the male voice of this song. But, the all emotions are of a woman. So, now a girl Sripriya has uploaded a video of her singing on Twitter. Really, she nailed it with her voice. Moreover, music director Thaman found it and again tweeted and lyricist Rama Jogiah Sastry also tweeted. Finally, Thaman wants to make the female version… So, let’s wait for it…

Hey sri priyA
Good one will show it too my director gaaru 🙂
And ask him if I can do a female Version of #Peniviti ♥️ #Aravindhasamethaalbum 🎵✨ https://t.co/0zyVj17MWQ