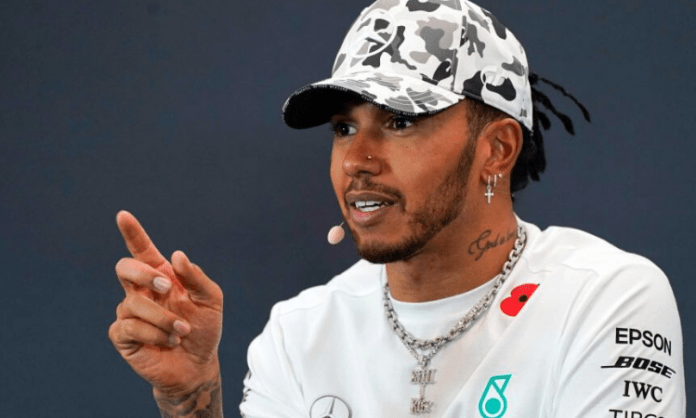 Mercedes racer Lewis Hamilton continued his hot run in the ongoing Formula One season as he romped home to a thrilling win at the British Grand Prix. But it wasn’t like any other regular victory for him as he went past the finishing line with just three tires.

Hamilton’s teammate Valtteri Bottas saw his tire deflate two laps before the finish and the same fate awaited the Brit on the final lap at the iconic Silverstone circuit on Sunday.

The 35-year-old somehow managed to drag the car over the line, as sparks kept flying underneath his vehicle, just five seconds ahead of Red Bull’s Max Verstappen. Before the tire mishap, Hamilton held a 32-second lead over the Belgian-Dutch racer, going into the final lap.

“Up until that last lap, everything was smooth sailing,” Hamilton said after the race as per Daily Mail. “When I heard Valtteri’s tire went I looked at mine and everything seemed fine.

“The car was still turning, and the last lap I started to back off and then the tire deflated. It was definitely heart-in-the-mouth (moment). You could see the tire was falling off the rim.

“Oh my God, I was just praying to get it round. I nearly didn’t do it, but thank God we did,” the six-time world champion added.

Courtesy of his record seventh win at the circuit, Hamiton extended his lead at the top of driver’s standings to 30 points. Hamilton’s teammate Bottas, meanwhile, failed to score as he finished 11th.