Home Business His Net Worth Is 6,46,649 Crores!
BusinessInternationallatest 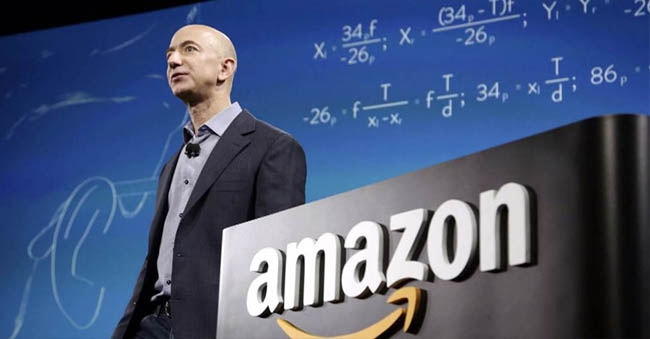 Amazon CEO Jeff Bezos Net Worth Is 6,46,649 Crores!.If you are thinking about the person, it is none other than the retailer giant, Amazon founder Jeff Bezos. The businessman has crossed the $100-Billion mark for the first time and is the richest person in the world. 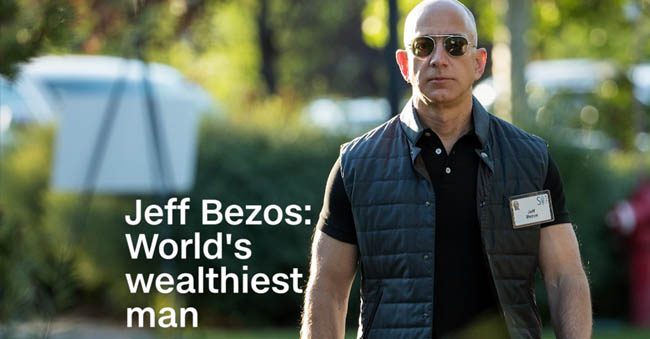 After the Amazon ‘Black Friday’ sales, the company’s share shot up by 2%. This meant, Jeff Bezos’s net worth spiked by $2.4 Billion, taking his total net worth to $100.3 Billion. He is followed by Microsoft Co-founder Bill Gates at $89.1 Billion. It is should be mentioned that Bill Gates reach the $100-Billion-mark way back in 1999. 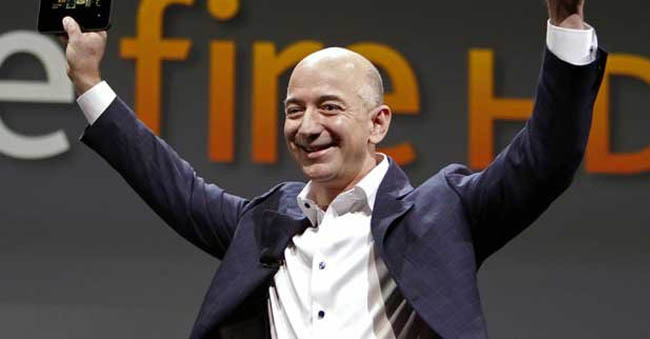 Jeff Bezos doesn’t donate to charity as much as Bill Gates donate. Jeff tweeted in June where he asked for some ideas. According to Jeff, ‘I believe in long-term ideas. For example, Blue Origin (Aerospace and Spaceflight services company), Washington Post and Amazon contribute to the human civilization in their own ways. I’m looking at a long-term philanthropy strategy’. 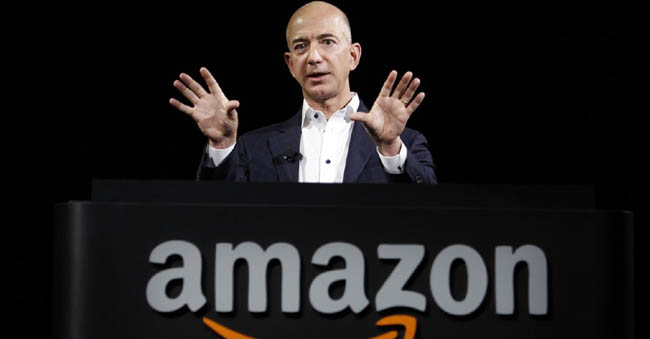 After Jeff Bezos and Bill Gates, Warren Buffet shares the podium with $78.7 Billion, followed by Amanico, Spanish Business Tycoon (founder of Zara brand) with $75.9 Billion and Mark Zuckerberg with $75.3 Billion according to Bloomberg’s Billionaires list.

WhatsApp
Facebook
Twitter
Previous articlePakistan TV Channels Go Off Air After Police Crackdown On Islamist Party Protests
Next articleAirtel vs Vodafone – The War of the Titans!

Google has identified a North Korean government hacking group that is targeting members of the cyber-security community engaging in vulnerability research. The hacking group has...
Read more
Business

Facebook will let researchers access, for the first time, the targeting information for more than 1.3 million social issues, electoral and political ads through...
Read more
Business

Riding on the stellar performance of iPhone 11 and XR, Apple for the first time doubled its smartphone market share in India to nearly...
Read more