Imran Khan Feels He Is Ineligible For Nobel Peace Prize 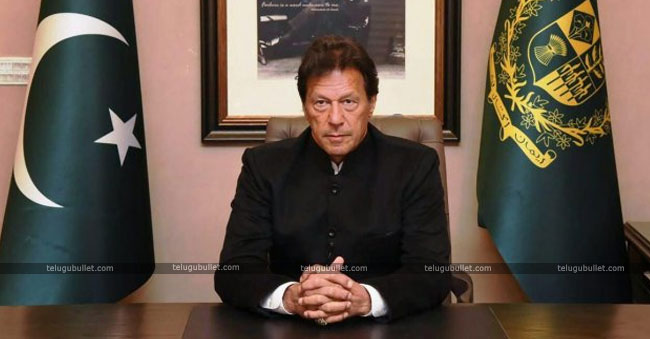 The Pakistan Prime Minister Imran Khan almost avoided a war by handing over the captivated Indian Pilot Abhinandan to India. Since then, a new request has been trending across the country of Pakistan regarding their PM.

Post the attacks and Pakistan’s trails for peace, Imran Khan’s supporters and his Ministers proposed something interesting in their parliament. According to this new proposal, Imran Khan played a crucial role in setting up peace between India and Pakistan and even handed over captured IAF pilot. So they propose the Pak PM Imran Khan’s name to the nominations of Nobel Peace Prize. Since then, the trend of #NobelprizeforImranKhan has been trending on Pak’s Twitter and more than 30 lakhs of people signed in support of Imran Khan. Now, none other than Imran Khan responded on this issue. He took his Twitter and declared that he is not at all eligible for such prestigious Nobel Peace Prize. Stating that one should meet some requirements to even get nominated and he is standing far from such criteria.

As this is not enough, Imran stole some hearts by declaring that the person who resolves the conflict of Kashmir and set up a permanent peace between India and Pakistan should be awarded the Nobel prize instead. Guess he is speaking something very true to the core.

WhatsApp
Facebook
Twitter
Previous articleArjun Suravaram: Another Thriller From Nikhil
Next articleVijay Devarakonda In Talks For A Big Trilingual