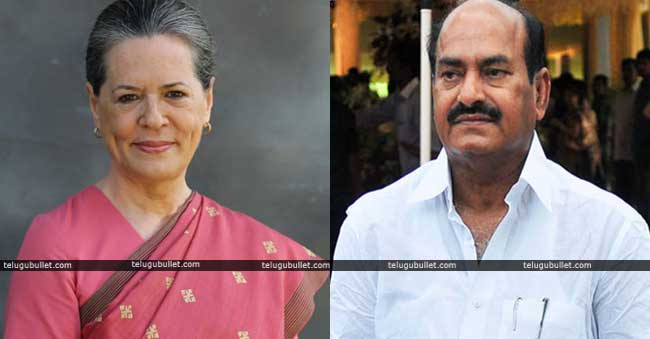 Evergreen controversy making Politician JC Diwakar Reddy showcased his style yet again when he met his ex-boss Sonia Gandhi in Parliament. Sources disclosed sensational chat exchanged between these two.JC finally reduced his anger and went to the capital in order to participate in the TDP’s No Confidence Motion debate against the Central Government. In the premises of the house, he saw AICC Chief Sonia Gandhi and went to have a word with her. Without hesitation, this daring Anantapur leader accused her of destroying Reddy community in the two Telugu States. For their Political gain, JC declared to her that she split Reddy community in AP and Telangana resulted in zero seats for Reddys in AP and a few seats in Telangana.

According to the JC, Had if she didn’t give separate Telangana, Reddy would have been ruling United AP by now. This furious leader showcased his anguish to her and stated that she is now paying price for her decisions and thrashing Reddy in AP. Observers say that the humble Sonia Gandhi who was quite shocked with JC’s revelations immediately covered her anger and walked away with a big smile. Keeping Diwakar Reddy’s anger aside, his anguish got a valid reason in reality. Congress is going to form Governments neither in AP nor in Telangana for the upcoming terms at any cost. Known for the special love towards his own community, Diwakar killed his self-respect and joined TDP post-2014 elections.