Nithin refutes rumours and made announcements on Holi 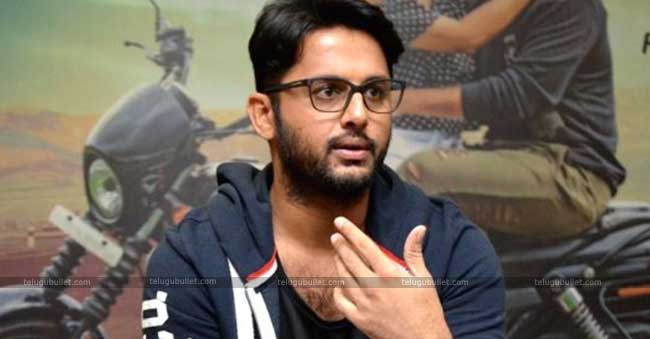 The other day, young hero Nithin took time to make some revelations on his microblogging site Twitter. Details of his lined up projects as follows: Rumors spread like wildfire that this A.AA hero is in talks with the maker Ramesh Varma for his immediate next and the director too showcased his over-enthusiasm with a media declaring that the project is on. Nithin who came to know about these speculations took his Twitter to condemn this news as a big rumor.

This Jayam fame revealed that his immediate next is with the talented classy director Chandrasekhar Yeleti and the shooting will start from the mid-April of this Summer. This flick will be bankrolled by Anand Prasad under his banner Sri Bhavya Creations. Senior composer M M Keeravani is score music and background to this flick. Interestingly, Nithin once again requested his fans and followers to not believe in any rumors and the news about his flicks will be revealed by himself on his official social networking sites.

Other than this flick, Nithin is holding discussions with the hit director Venky Kudumula of Chalo fame. This flick is unofficially confirmed and the fans of Nithin are waiting for the official confirmation from the hero.

India skipper Virat Kohli's popularity knows no bounds and once again it has been re-affirmed by a study which has revealed that the 31-year-old...
Read more
Uncategorized

The Big Bash League (BBL) has announced the appointment of Trent Woodhill as player acquisition and cricket consultant ahead of the 10th edition of...
Read more
Uncategorized

The bull run in domestic gold futures continued on Monday as prices in the international market surged to new highs. The active October contract on...
Read more