Revanth Unhappy Over TPCC And Its Treatment

The firebrand leader Revanth Reddy is speculated to be regretting joining Congress leaving TDP before the elections. Watching the latest developments within the Telangana Congress, Revanth is not happy with the way the Congress is treating him and his followers.Revanth who worked hard to keep the T-TDP in active Politics became the sole saviour of the party. 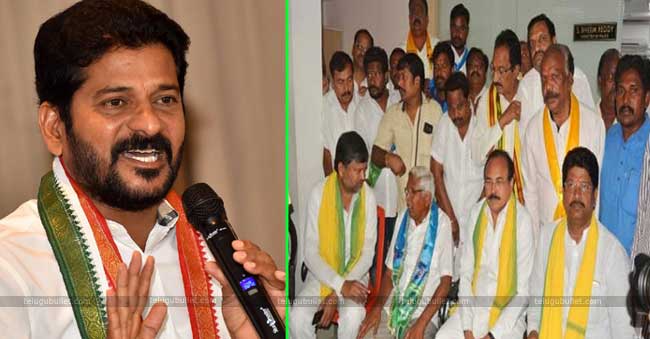 To everyone’s surprise, he left TDP and joined Congress expecting nominated posts. After joining the party, Revanth was denied the TPCC Chief post and he was given the working President by giving him the first blow. Not stopping there, the TPCC bigwigs are denying seats for his followers who left TDP only for the sake of Revanth.Now that he is not at all satisfied with the treatment he is getting in the Congress, he is perplexed to decide whether to go back to TDP or stay in Congress until the polls.

Analysts opine that had if a leader like Revanth stayed in TDP, he could have fetched 10 more additional seats in Mahakutami deal to the Yellow camp easily. Revanth for sure is regretting leaving TDP but he is well aware of the fact that this is not the right time to create internal wars within the alliance. Once the elections are done and dusted, Revanth might start his retreat if at all Congress fails to give him the CM Chair.

WhatsApp
Facebook
Twitter
Previous articleNaidu, The Leader Of Deccan Front Against BJP?
Next articleSamantha To Sport A Dual Role In Nandini Reddy’s Film?