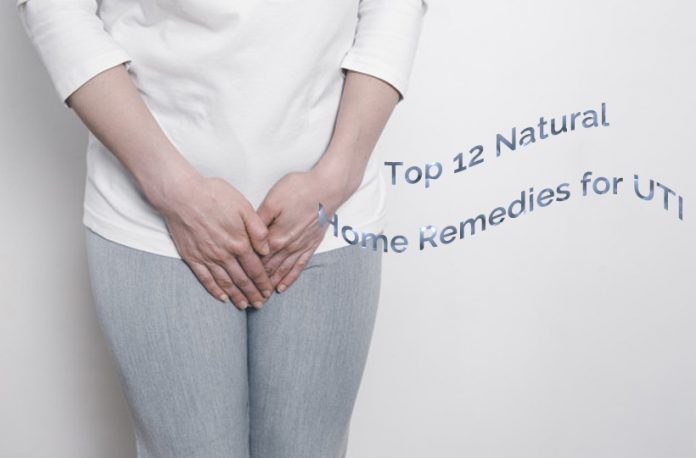 Urinary tract infection is considered to be the most frequent clinical bacterial infection in women, accounting for nearly about 25 percent of all infections. More than 50 percent of women will, in fact, develop a UTI and UTI symptoms in their lifetime, and antibiotics are the most common conventional treatment for UTIs.

The fact is bacteria have indeed become antibiotic-resistant and recurring infections are of major concern. For this reason, it is important to use home remedies for UTIs that do eliminate bacteria completely and reduce the risk of developing recurrent urinary tract infections.

Some of the best home remedies for UTI do include drinking plenty of fluids, staying clean and dry, and consuming items such as cranberries, probiotics, and vitamin C and making use of essential oils.

Drinking water or fluids throughout the day helps flush bacteria from one’s system. One must stay hydrated. Drink at least one glass of water for every meal and snack of the day in order to flush out bacteria that can lead to infection.

Urinating often and when the urge arises to ensure that bacteria are not growing in urine that stays in one’s bladder. It is also important to urinate soon after sexual intercourse in order to flush out bacteria that may have entered the urethra. Studies have found that holding urine for a long time allows bacteria to multiply within the urinary tract, resulting in a urinary tract infection.

Women should wipe from front to back, especially after a bowel movement. This ensures that a bacterium does not get into the urethra. It is also important to wear loose-fitting clothes and underwear, which allows air to keep the urethra dry. One must avoid wearing tight jeans or material such as nylon as it can be problematic because moisture can be trapped, allowing bacteria to grow.

Spermicides can rather increase irritation and also allow bacteria to grow. Using unlubricated condoms can also cause irritation, so choose lubricated condoms that do not contain spermicides. Among sexually active young women, the incidence of UTI is indeed high and the risk is strong and is also independently associated with recent sexual intercourse, along with recent use of a diaphragm with spermicide.

On account of the development of bacterial resistance, one of the most promising home remedies for UTI, especially recurring UTIs, is probiotics. Benign bacterial flora is rather crucial for preventing the overgrowth of microorganisms that do lead to illness. The use of antibiotics destroys beneficial bacterial flora, and pathogenic bacteria are selectively enabled to overgrow on internal and external surfaces.

Probiotics do help support the human body’s normal flora that serves as a line of defense. By eating fermented foods one can restore the body’s natural flora and re-colonize the bladder with helpful bacteria. Few of the healthiest fermented foods do include kefir, kimchi, probiotic yogurt, raw cheese, sauerkraut, and kombucha. 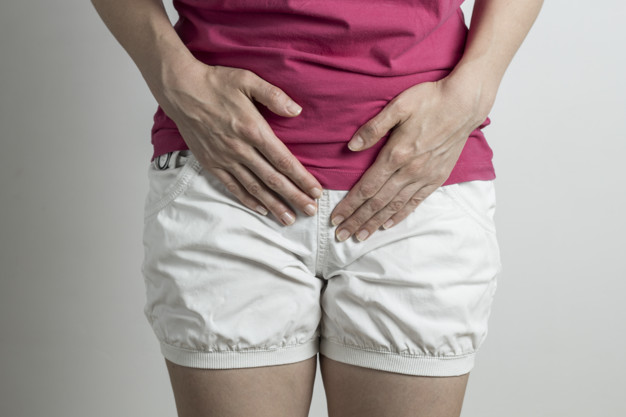 Cranberry juice may rather decrease the number of UTIs a person can develop over a 12-month period, particularly for women with recurrent UTIs. Although there is limited or mixed evidence concerning cranberry’s ability to manage UTI symptoms, there is also evidence that cranberries can be made use of as a preventive strategy. Animal studies do show that cranberry products do appear to work by inhibiting the growth and colonization of bacteria that do cause infection, including E. coli, the most common bacteria seen in urinary tract infections.

Allicin, which is one of the active principles of freshly crushed raw garlic, has a variety of antimicrobial activities. In its purest form, allicin has indeed been found to exhibit antibacterial activity against a wide range of bacteria, including multi-drug-resistant strains of E. coli. Garlic also has antifungal properties, particularly against Candida albicans, which does cause yeast infections.

D-mannose happens to be a kind of sugar that is related to glucose. It is on this list of home remedies for UTI because it can also prevent certain bacteria from sticking to the walls of one’s urinary tract.

Vitamin C does make one’s urine more acidic and inhibits the growth of E. coli and also enhances immune function. A 2007 study did evaluate the role that a daily intake of 100 milligrams of vitamin C does play in urinary infection treatment during pregnancy. Researchers have found that vitamin C treatment for a three-month period was indeed able to reduce urinary infections, improving the health level of the gestating women.

Clove oil has antimicrobial, antifungal as well as antiviral activity. It possesses anti-inflammatory properties and is used to relieve pain and promote healing. Clove can, in fact, be taken internally for two weeks at a time, but it is better to do it under the care of a health care provider or a nutritionist.

Several human, as well as animal studies, do show that myrrh oil has antibacterial, antifungal and anti-parasitic properties. It has been in use for a very long time for treating wounds and preventing infections. It can also be applied topically with a warm or cool compress or rubbed into one’s skin. Use caution when making use of myrrh internally; make sure to use a pure, high-quality product and do it under the care of one’s health care provider.

The antibacterial activity of oregano oil is very useful. Researchers do believe that oregano essential oil can, in fact, be used as an alternative antibacterial remedy for enhancing the healing process in bacterial infections and it is an effective means for the prevention of antibiotic-resistant strain development. In fact, oregano oil benefits may be rather superior to prescription antibiotics because oregano does not cause antibiotic resistance and it has no harmful side effects.

When taking oregano oil internally, one can mix it with water or coconut oil.

A UTI, or urinary tract infection, is in fact caused by organisms that are too small to be seen without a microscope, including fungi, viruses as well as bacteria. Despite the body’s several natural defenses, certain bacteria have the ability to attach themselves to the lining of the urinary tract and also inhabit the urethra, bladder as well as kidneys. The majority of UTI cases are caused by E. coli bacterium that can indeed live in the bowel and vaginal cavities, around the urethral opening, and in the urinary tract.

Urinary tract infections are of course extremely common, especially among sexually active women ages 18 to 24. Although a UTI is not typically complicated or life-threatening, it does cause pain and also suffering and has a negative impact on one’s quality of life.

Usually, symptoms of a UTI in adults may include:

• pain when urinating
• a burning sensation in the bladder or urethra when urinating
• a strong, frequent urge to urinate, but only passing small amounts
• muscle aches
• abdominal pain
• feeling tired and weak
• confusion or delirium (in elderly patients)
• urine that appears cloudy
• urine that appears red or bright pink (a sign of blood in the urine)
• strong-smelling urine
• pelvic pain in women

Normally, a UTI is uncomplicated and does clear up within two to three days of treatment. More serious causes that are sometimes seen in the elderly, people with suppressed immune systems or even pregnant women do require antibiotics and will not be cured for seven to 14 days.