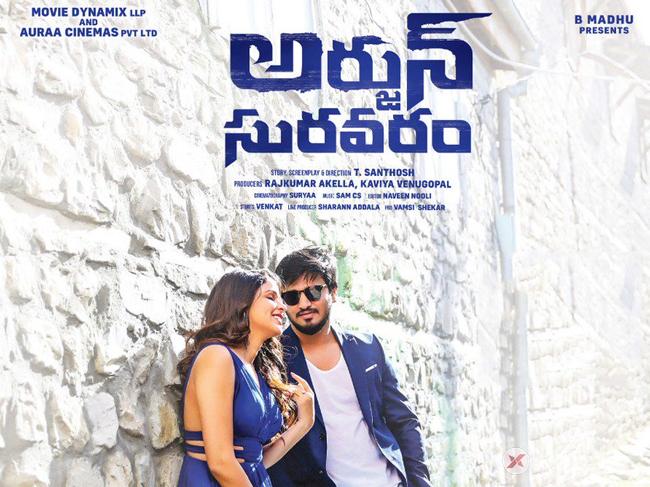 In the news constantly, the menace of fake certificates wreaking havoc in the lives of students and young professionals is surely a great one to take…

In the news constantly, the menace of fake certificates wreaking havoc in the lives of students and young professionals is surely a great one to take up as a plotline. Nikhil Siddharth, who has awaited this film’s release for more than six months (since it got certified in May last) is a journalist on a mission: to expose wrongdoings and maintain an ideal, professional working style in whatever he takes up.

Disaster strikes when he is ensnared in a duplicate certificate racket, which dents his credibility and denies him his dream job with the BBC, who show him the door owing to his doubtful academic qualifications. No wonder, it becomes a one-man mission as he goes about bashing his way through, in a bid to unearth the truth, all along the 149-minute run time of the movie.

The Tamil original, which also was long in the making before it got released and earned a decent turnover ultimately, stood out because of the vulnerable status of the hero ( Atharva) who is constantly edged out by a chilling, menacing villain who matches him step for step. Tarun Arora is retained from the original to play the bad guy and he replays the role once again, to limited impact.

This is because the twists and turns, which made the viewers sit up and await the unfolding of events in the original somehow fails miserably in the Telugu version, which is reduced to being a superhero venture, with a beefed-up hero bashing the bad guys over and over. Somehow the suspenseful undertone which one saw in ‘Kanithan’ is missing in ‘Arjun Suravaram’ which remains a non-stop slam-bang, actioner without an emotional connect. Lavanya Tripathi resurfaces like the hero after a break and she too has nothing much to do, despite being the daughter of the channel owner where her beau is breaking new stories. Ultimately, it all ends up as a run-of-the-mill potboiler which underexploited the potential the story had, adding no value to the team which came up with it in the first place.

Actress Ishita Dutta has been engaging in painting and sketching lately, which are part of her favorite things. "I am sketching and painting. They are...
Read more
Cinema Latest

Kangana Ranaut is enjoying some time in Manali before the onset of monsoons. The actress organized a picnic for her family in the picturesque...
Read more
Cinema Latest

Alia Bhatt's new pet kitten Juniper can take selfies! The actress took to Instagram on Saturday to introduce her new pet to the world,...
Read more