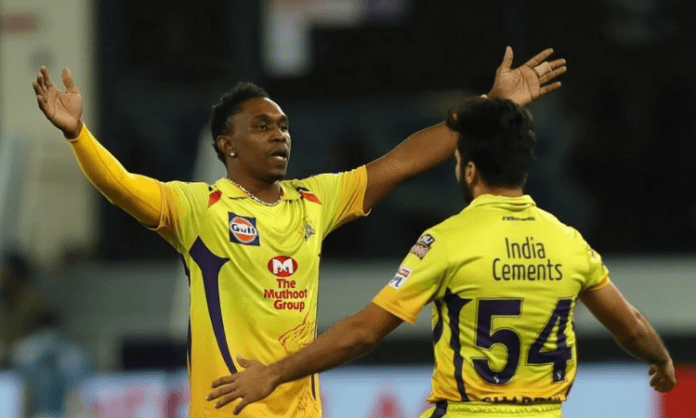 West Indies all-rounder Dwayne Bravo has requested Chennai Super Kings (CSK) fans to keep supporting the team in what has turned out to be a forgettable season for the three-time champion in the ongoing Indian Premier League (IPL) edition.

CSK has won just three out of the 10 matches they have played so far and their chances of qualifying for the playoffs are quite bleak. In addition to that, Bravo has been ruled out of the remaining matches of IPL 2020 following a groin injury.

“It’s sad news, it’s sad to be leaving my team CSK. To all our CSK fans, I want you all to keep encouraging the team, keep supporting, all the true die-hard CSK fans,” Bravo said in a video message uploaded by CSK on their Twitter handle.

“This wasn’t a season we expected or our fans wanted, but we gave it our best. Sometimes, despite giving our best, the results don’t show. Keep supporting us and I can guarantee you we’re going to come back stronger and better like champions. One of the most successful franchises, I feel we should be proud to be members and fans of CSK,” he added.

CSK chief executive officer Kasi Viswanathan on Wednesday informed that Bravo has suffered a Grade 1 tear to his right groin and will miss the remaining matches. The 37-year-old featured for CSK in just six matches this season, scoring seven runs and picking up six wickets.

Currently placed at the bottom of the table, the three-time champions will next take on Mumbai Indians on Friday in Sharjah.